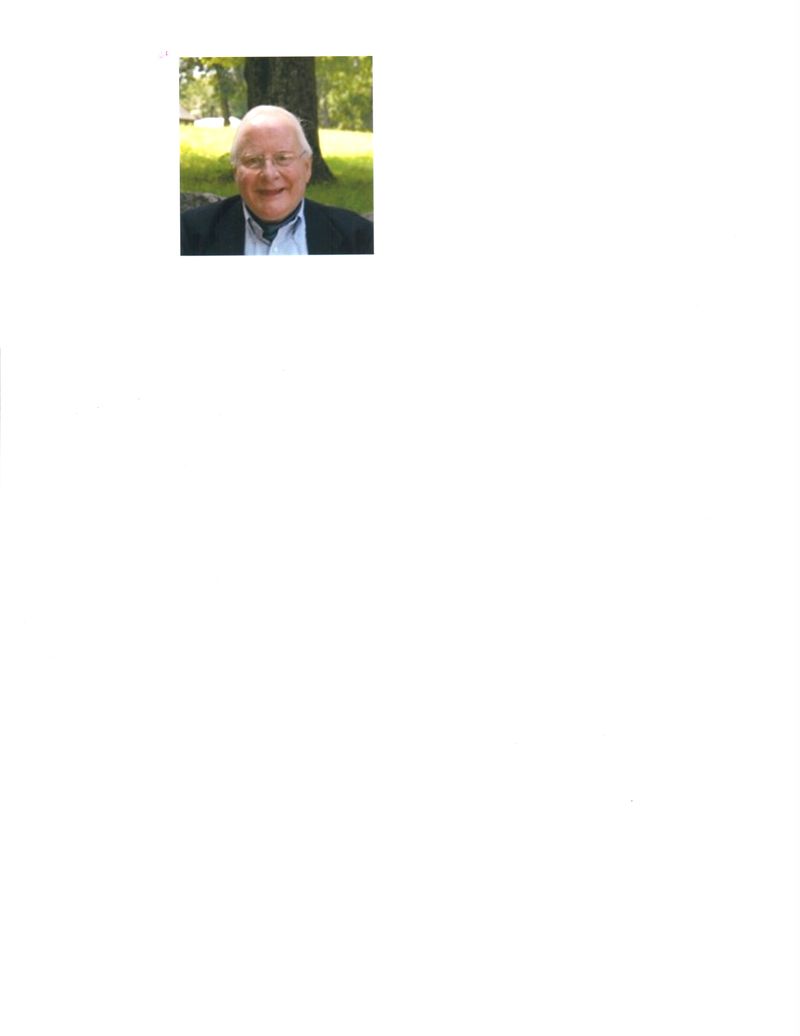 George Eric Jackson of Concord Ma.
Died unexpectedly at the age of 78, August 4th 2012, in Concord Ma. Surrounded by his family. He was born in Newton-le-Willows UK. To George and Agnes Jackson and was the brother of the late Leonard Jackson. At Newton Grammar School he performed in Gilbert and Sullivan Operas and played Laertes in Hamlet, and Macduff in Macbeth.

A electrical engineering graduate of the Royal Technical College, Salford (later named the University of Salford) and Imperial College, London. He married Eileen (Hankinson) Jackson in 1959 at St Oswald's Church Winwick, UK, just before moving to Wakefield Ma. And then Concord Ma. Where he has lived since 1966.

He was employed in the electronics field by Transitron, Honeywell, Memory Technology, Nixdorf, Codon, Amnet and his own company Bridge International Consulting. He enjoyed traveling to England and many countries, including Stockholm, Sweden, where over the course of 2 decades, he played a very important role in the Swedish Defense.

An avid historian, the Two World Wars were his passion, as was the study of Winston Churchill's life. He was interested in model trains, airplanes, guns and target shooting and was a life member of the Concord Rod and Gun club. He was also a member of IEE and IEEE. His family was his other passion. He loved to say that the best decision he ever made was marrying Eileen and moving to the U.S. He has three children, who with their spouses have five grandchildren. Suzanne H. Jackson and husband Jeffrey Sacks, daughter Veronica Jackson Sacks, of Wheaton Md. Stephanie T. (Jackson) St Germain and Philip M. St Germain II. son P. Michael St. Germain III, of Littleton Ma. Steven D. Jackson and wife Kathryn (Benoit) Jackson, children, Andrew, Craig and Katelyn Jackson of Acton. An amazing story teller, he entertained his family and friends over the years with his amusing anecdotes songs and wonderful sense of humor.

"Kites rise highest against the wind – not with it" Winston Churchill.