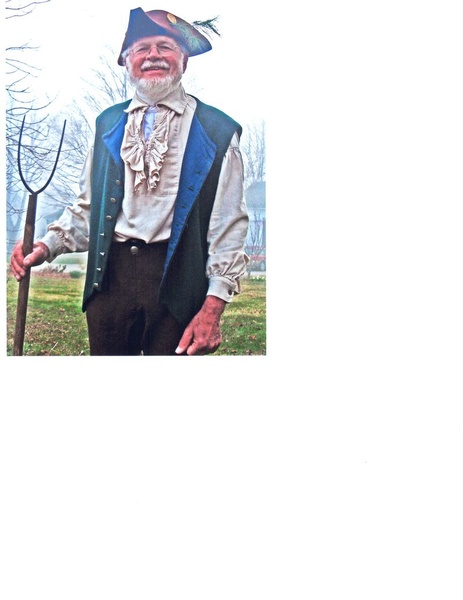 Gabor B. L. Miskolczy, 79, of Carlisle, Massachusetts, died, surrounded by his family, at Emerson Hospital in Concord, MA, after a 2-week battle with anaplasmosis, an acute infection caused by a deer tick bite.

Gabor was born on June 15, 1933, in Szeged, Hungary, to Marta Klara Borbiro Miskolczy and Dr. Dezso Istvan Miskolczy, a well-known Hungarian neuropsychiatrist. After early childhood spent in Szeged, he grew up in Kolozsvar (now in Romania) and Budapest. In June of 1949, he came to Woods Hole, MA, to be reunited with his mother who had divorced and was then married to Dr. Albert Szent-Gyorgyi, the 1937 Nobel Laureate who isolated Vitamin C from the Hungarian red pepper.

He graduated from Philips Exeter Academy and then went to Harvard University and the University of Toronto where he received his B. A. Sc. in mechanical engineering, then attended Massachusetts Institute of Technology where he earned his S. M. in Mechanical Engineering. He was a research assistant in the MIT Gas Turbine Lab until1958, when he became the first full-time employee of Thermo Electron Corporation, then a start-up in a garage in Belmont, MA, today Thermo Fisher Scientific, Inc. in Waltham, MA.

With the exception of 5 years at Avco Corporation, Wilmington, MA, where he co-invented applications for a liquid magnetic colloid, Ferrofluid, he spent his entire 42-year career at Thermo Electron or its divisions Thermotrex and Thermedics where he worked on explosives detection and helped develop a portable bomb detector for personnel screening and a land mine locator. He worked half time for Thermopower from 2000 until retiring in 2002.

His 8 patents include explosives vapor detection methods, heat pipe deicers, industrial furnaces, a novel cement kiln, and a Ferrofluid shaft seal and Ferrofluid Refrigeration System. He is the author of numerous papers in these fields.

Gabor moved to Carlisle from Cambridge in 1966 and became active in town affairs. He was a lifetime member of the Carlisle Democratic Town committee, and received the Third Middlesex Honored Democrat award in 2009. He served on the Carlisle Fair Housing Committee, 12 years on the Carlisle Board of Health, the Roads Advisory Committee, and drove weekly for the Carlisle Food Coop, He was the first treasurer of "The Mosquito," (today "The Carlisle Mosquito"), and Mosquito reporter on the Minuteman School for many years. Perhaps his favorite activity was being the only embattled Hungarian in the Carlisle Minuteman Company, marching since 1975 with his signature 2-prong pitchfork in place of a musket.

He was an avid outdoorsman and athlete, a skier, hiker, swimmer, runner (an annual finisher in the Falmouth Road Race until 2011), a cyclist commuting 26 miles round trip to Waltham daily, with NEBC (New England Bicycle Club) time trials on Saturdays and the annual bike race up Mt. Washington in September, a sailor who completed the Bermuda race and won the"Wooly Cup" for best beard, a windsurfer and also an enthusiastic member of the BMC (Boston Mycological Club). Music and theater were a large part of his life. He had a discerning palate and enviable appetite. "Dessert first" was his motto. Trick-or-treaters will remember his unusual Halloween costumes. He was a curious and perceptive world traveler, whether for business or pleasure and shared his observations with wry humor and insight.

Diagnosed with Parkinson's Disease in 2003, he immediately volunteered for every study he qualified for including: pharmaceutical trials; psychological studies (Parkinson's and depression); exercise; music and Parkinson's exercises (Sargent College); toxic substances and Parkinson's as well as being an annual demonstration subject for Harvard Medical school students.

A memorial concert is being planned for June, 2013, in Carlisle, on or near what would have been his 80th birthday.