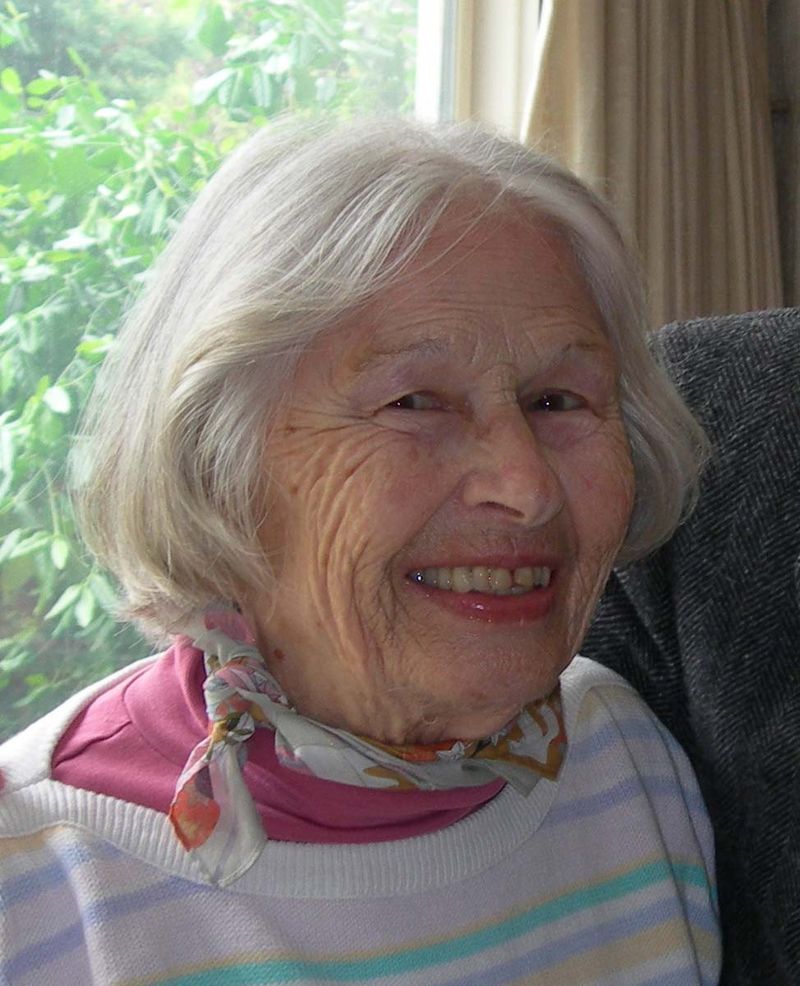 Gaetana G. Freniere age 95 of Concord passed away on Saturday, April 4, 2015 at her residence.

Born Gaetana Grace Celi in Boston, she lived most of her adult life in Concord. Upon entering public school her given name was anglicized to Gertrude, and she was known as Trudy until changing back to her true given name in midlife.

An accomplished artist, she exhibited her oil and watercolor paintings, pen and ink drawings, etchings, and sketches in many venues in the Boston area. She also produced many murals for area businesses, both standalone and in situ. Later in her career she produced many works of handmade paper. Throughout her life she was an avid gardener and could be found in her vegetable garden working the soil each spring.

In the 1960s she studied yoga with Marcia Moore, and soon began to teach yoga at her studio. She continued to teach yoga until her late 80s.

She leaves her son Edward of Contoocook, NH, grandchildren Ansel and his wife Yuka of New York, NY, Nadine of Brooklyn, NY, and Cole of South Dartmouth, MA, and great-granddaughter Arielle. Her late siblings were Stephen Celi, Connie Bottari, and Tonie O'Donnell.

Family and friends will gather to honor and remember Gaetana on Saturday, April 11 from 3:00 to 6:00 pm in the Concord Funeral Home, 74 Belknap Street, Concord.