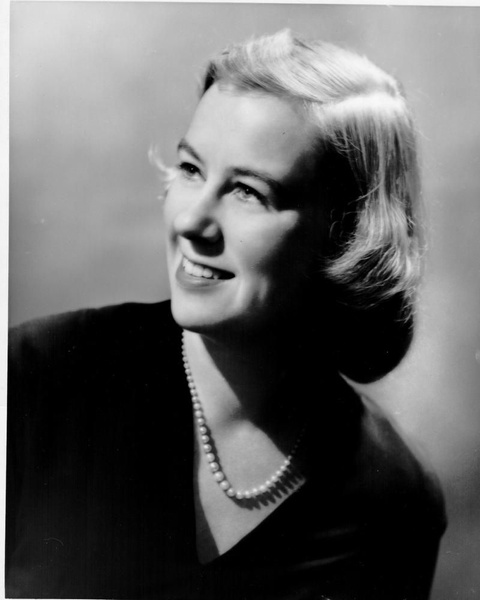 On December 12, 2017, Gale Smith Mayfield passed away peacefully in Concord, MA, just two months shy of her 90th birthday.
Gale was born on February 23, 1928 in Arlington, MA to Priscilla Gale and Samuel Abbot Smith. Her father was a well-known champion of New England small businesses and the Chief Executive and owner of the Thomas Strahan Co. of Chelsea, MA, manufacturer of fine wallpapers. Her mother was the niece of Robert Winsor, a Boston financier, whose family helped establish Winsor School in Boston, Middlesex School in Concord, Meadowbrook School in Weston, MA and the Weston Golf Club. Gale lived her early years in Cambridge and Weston, MA. Her family became summer residents of Manchester-by-the-Sea in 1946 upon returning from service to the Roosevelt Administration during World War II. Gale was a graduate of Winsor School, Rollins College, and Tufts University, where she received a master's degree in education from The Eliot-Pearson Department of Child Development.
In early 1955, Gale was met most unexpectedly at Logan Airport by a dashing young gentleman from Washington, D.C.. Her brother, Whit Smith of Weston, had been unable to greet her flight and had sent his housemate, Glover Benton Mayfield, an engineer and a recent graduate of The Harvard Business School, to greet her in his stead. A forever love affair was born, and they were married in October of that year at Emmanuel Church near her family's summer residence in Manchester-by-the-Sea. For over 50 years, they made their home and raised two daughters in Lincoln, MA and Manchester-by-the-Sea. In 2009, they sold their Lincoln residence to move into Newbury Court in Concord, MA. Inseparable to the end, Gale lost her partner to cancer in 2011.
Gale was a teacher at heart and an advocate for the importance of early childhood development. She taught at Beauvoir, the National Cathedral Elementary School in Washington, D.C., the Ruggles Street Nursery School and the Harvard Experimental Nursery School in Boston, and the Hanscom Primary School in Lincoln, MA. In her leadership roles at Associated Day Care Services and the Junior League, she championed the need for accessible day care programs and related legislation in Boston and across the country.
Gale wore many other hats over the years. She was a devoted wife to her beloved Glover. She was the proud and loving mother of two daughters, Heather Mayfield Kelly of Weston, MA and Karen Mayfield Seymour of West Hartford, CT. Over the years, Gale was Vice President of the Junior League of Boston, President of the Lincoln Garden Club, and President of the Board of Trustees at Nashoba Brooks School. She served on the boards of the Cotting School, the Lincoln Historical Society, and the Massachusetts Committee on Children and Youth in Boston, and was a proud and active member of The National Society of The Colonial Dames of America. Gale also loved music and sports. She enjoyed performing in community musicals and was a lifelong patron of the Boston Symphony Orchestra. Her favorite activity was tennis. Gale was an accomplished tennis player on the grass courts of Essex County Club into her eighties, sailed off the docks of Manchester Yacht Club with Glover and her family, and frequently swam from the sandy shores of Prides Beach. In her later years, nothing made her happier than watching her four grandchildren's athletic competitions or taking in a New England Patriots victory in front of a roaring fire. Gale loved fires!
Above all, Gale was a devoted and tireless champion of all things family. Beloved wife of Glover for 56 years. Dedicated and loving mother of Heather and her husband Fran Kelly and Karen and her husband Wyn Seymour. Wonderful and adoring grandmother of Jay Kelly, Whitney Kelly, Andrea Seymour Walker and Abigail Seymour. Proud grandmother-in-law to Jay's wife Laura Dean and Andrea's husband Colby Walker. A dear sister to her brother Lyman Whitman Smith who passed away almost 2 years ago, and her now 96 year old sister Anna Putnam Foote. Gale and Anna lived across the hall from one another for the past eight years at Newbury Court.
All who enjoyed knowing Gale over the years knew a special woman who was proud, kind, loving, hard-working and always tried to do her best for her family and all whom she encountered.

Relatives and friends are respectfully invited to attend a celebration of life reception honoring Gale that will be held at 2:30pm on Friday, January 5, 2018 at Newbury Court, 100 Newbury Court, Concord, MA 01742.


In lieu of flowers, donations in Gale's memory may be made to:
Alzheimer's Association
309 Waverly Oaks Rd.
Waltham, MA 02452.