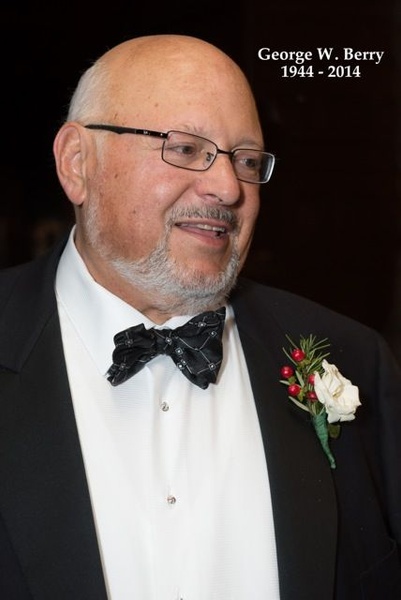 George Wendel Berry of Lincoln and Alford, MA died suddenly of cardiac arrest on November 12, 2014. He was 69 years old. According to his family, George went peacefully while working on a project that brought him great joy.

Born in Dayton, OH to Marjorie Keenoy and the late John Berry, George enjoyed an idyllic and full childhood that included the nurturing of early interests in classical music and chess. George was a member of the Dartmouth College class of 1966, where he majored in Mathematics under the tutelage of Dr. John Kemeny (co-creator of BASIC). Following graduation and service in the United States Army, George began a lifelong relationship with computers, working for Digital Equipment Corporation as a Consulting Engineer until he retired in 1986 and began devoting his life to other interests and pursuits.

In 1995, George and his wife Roberta started Berryfield Farm, which trains dressage horses and sponsors therapeutic riding programs, namely Friends for Tomorrow, for special needs children. He derived great joy from sharing his farm with others and loved watching the smiles that his horses brought to so many faces on a daily basis.

A dedicated philanthropist, George channeled his many passions, especially classical music, education, and science into charitable work for several local and national organizations. Among his more notable roles, George proved a great supporter of the Boston Symphony Orchestra, serving as an Overseer for many years. At the BSO's summer home in Lenox, Massachusetts, George and Roberta have sponsored a student musician every year as part of of Tanglewood's summer student orchestra program. George and Roberta helped create and sponsor the celebrated Film Night concert at Tanglewood, which the Boston Pops has performed annually every August since its inception.

George, an active alumnus of his alma mater, served on the board of the Hopkins Art Center and Dartmouth College's Presidential Leadership Council, and made a gift of a new dormitory in 2005. He was also instrumental in the building of the Berry Library at Dartmouth College, named for his late father, John.

He also donated generously to the American Cancer Society and helped raise funds to build the first Hope Lodge in Boston for cancer patients and their families. In the Berkshires, George and Roberta supported Shakespeare and Company, sponsoring plays including a production of Halmet, and A Midsummer Night's Dream this past summer.

Most of all, George loved spending time with his family and friends, enjoying travel, wonderful restaurants, and fine wines, all the while waxing philosophical about science, the arts, and history. His appreciation of the finer things in life included sharing them with everyone he knew, hosting large gatherings and events at both the farm and in Alford, attending concerts around the world, and providing opportunities for others to live richer lives. He will be remembered most as a quiet and brilliant man who touched countless lives with his generosity, and one whose spirit will live on profoundly in those he loved and supported.

A celebration of George's life was held on Saturday November 22, 2014 in the arena at Berryfield Farm.

In lieu of flowers, the family requests donations be made to the Boston Symphony Orchestra, Friends for Tomorrow at Berryfield Farm, or the American Cancer Society's Hope Lodge in Boston, in memory of George and his boundless caring for others.