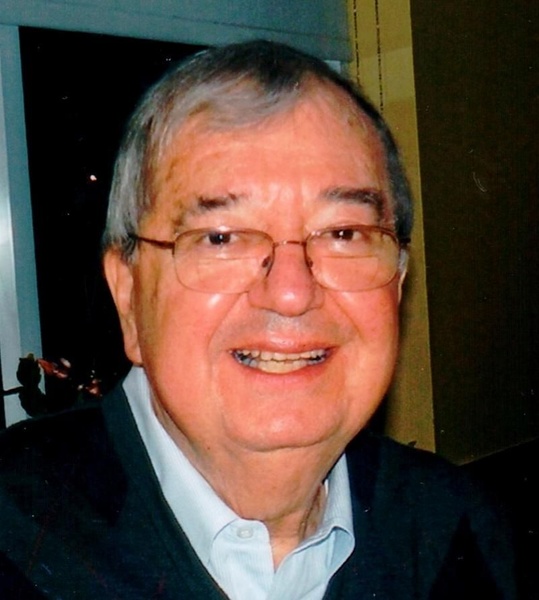 George Robert Erie, age 83, of Concord, passed away on Saturday, July 14, 2018 at Emerson Hospital with his wife, Suzanne (Engel) Erie and family friends by his side.

George was born in Allentown, PA on February 22, 1935, son of the late Robert J. and Theresa (Janenko) Erie. Raised and educated in Allentown, George graduated from Muhlenberg College in 1956 with a degree in bacteriology. He was a member of the United States Army and served in the Army Reserves for several years.

George and Suzanne married and settled in Lansdale, PA where together they raised their loving family. George was employed as a microbiologist at Merck, Sharpe & Dohme Research Labs in West Point, PA where he was dedicated to the research, production and quality control of the polio, measles and mumps vaccines. The family moved to Concord in 1969 where George's next job took him into sales. Eventually he became known as a "guru" in the Biotech industry concentrating in marketing of amino acids from major manufacturers, Ajinomoto and Kyowa-Kirin.

He made countless trips to Japan and Europe and never stopped having the urge to travel for his job. His customers were worldwide and he made many friends along the way…always sharing humorous stories; he left them laughing in Concord too!

George "retired" at age 78 but was always looking for a consulting job. He also attempted to write a book because he really knew the history of vaccines; due to the lack of a paper trail in the 1960's and only a couple of references, it was aborted.

George adored his family more than anything…you can ask anyone. He was a former pitcher, trying out with the Philadelphia Athletics but his fastball wasn't fast enough. He enjoyed hunting in fall, the Boston Red Sox, NE Patriots, tennis and, later, fencing.

Along with his wife he is survived by his children, Brenda Nichols and Mark Erie; a brother, Robert (Fuzzy) Erie and his partner, Phyllis Avery; two granddaughters, Abigail Nichols and husband, Felix Gumbiner and Kathryn (Kippy) Nichols along with cousins and extended family in Pennsylvania, Massachusetts and New Jersey.

Family and friends will gather to honor and remember George on Saturday, August 4, 2018 at 12:00 noon at Trinitarian Congregational Church, 54 Walden St., Concord. Burial in The Knoll at Sleepy Hollow Cemetery will take place at 11:00 a.m. if you wish to attend.

Gifts in his memory may be made to:
Trinitarian Congregational Church,
54 Walden Street
Concord, MA 01742
Attn: Judy Walpole