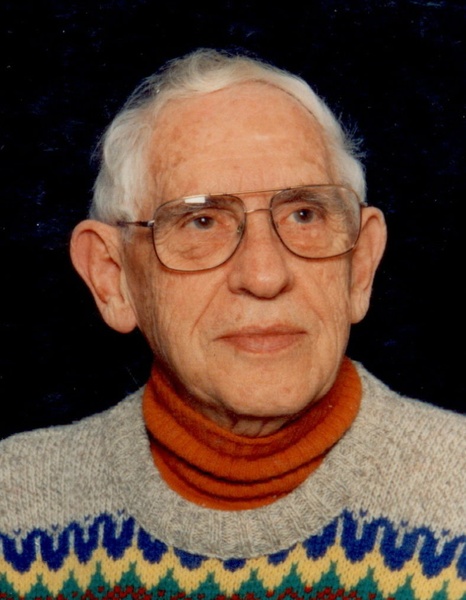 George E. Funk, age 89 of Concord passed away on Tuesday, September 7, 2010 at the Miriam Boyd Parlin Residence in Wayland. He was the husband of the late Elizabeth (Lockwood) Funk who died in 1998.

Born in Pittsburgh, PA on June 26, 1921 he was the son of the late Stanton C. and Ina G. (Ehrenfeld) Funk. Raised and educated in Hollidaysburg, PA, Mr. Funk graduated from Hollidaysburg High School in 1939 and later attended Lehigh University graduating in 1944 with a degree in Civil Engineering. Mr. Funk served in the U.S. Navy during WWII in the Pacific Theatre with the Seabees.

Mr. Funk’s professional life was in the design and construction of highways, bridges, tunnels, airports and buildings with private consulting firms. He retired in 1987 from the Boston University Physical Plant Dept.

Mr. Funk and his wife were longtime members of the Concord Players. He also volunteered for many years with the COA meal delivery program and the Transport Dept. at Emerson Hospital. He served on several Town Committees and participated for several years in a COA project with two 5th Grade classes in the Thoreau Elementary School. He was also a member of the Trinitarian Congregational Church in Concord.

He is survived by his children, Katherine E. Funk of Hopferau, Bavaria, Germany, David L. Funk and wife Nancy of Kennebunkport, ME and Daniel E. Funk of Burbank, CA. He was also the proud grandfather of Vicky and Maren Roos and Jennifer and Kolton Funk.

George leaves "Many Thanks" to his friends and neighbors - they know who they are - for their kindnesses and devotion.