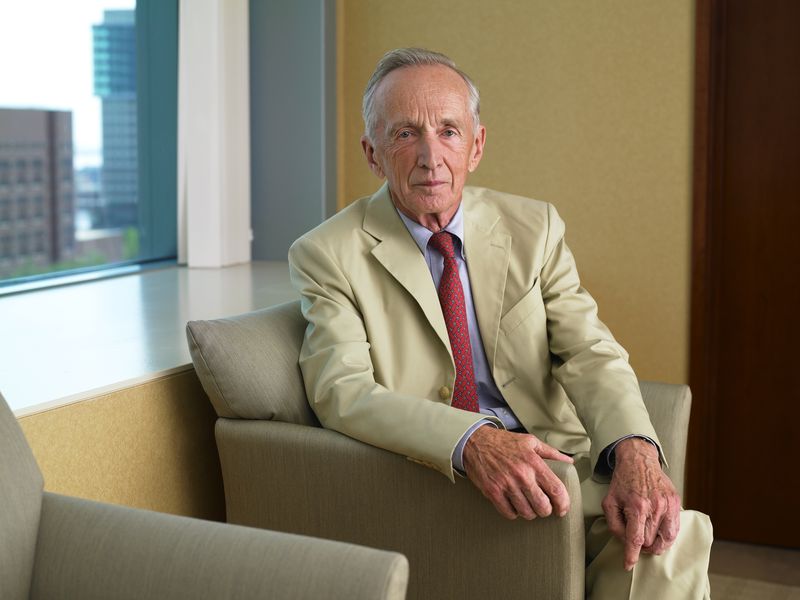 George S. Reichenbach, 85, a 50 year resident of West Street, was born in Waterbury, CT, May 25, 1929, and died October 6 at his residence at Newbury Court in Concord.

Son of a famed designer for the Chase Brass & Copper Company, George grew up in Waterbury, attended Taft School in nearby Watertown, and graduated from Yale University in 1951. He continued his studies at the Massachusetts Institute of Technology where he earned his M.S. and Ph.D. in mechanical engineering. He met his wife of 47 years, Mary Louise (Jill) Littlefield Reichenbach, to whom he was married in 1956 until her passing in 2003.

The young couple moved to Carlisle in 1959 with one year old, John, their first, in tow, and Heidi and Fritz arriving two and seven years later. Quarters were tight in the late 18th century three-room saltbox, so they built an addition with George doing all the plumbing and wiring. In 1960 George Reichenbach, and his long time neighbors, Jack Valentine, Bill Bridges and Ben Benfield were among the founders of the Carlisle Conservation Foundation. The group's early vision of protecting Carlisle's open spaces lives on in the current CCF board. He was also a member of the Building Committee for the Robbins Building at the Carlisle Schools, served on the board of the Concord Carlisle Community Chest for many years and served on the Board of Governors for the Concord Museum. In 2011 Dr. Reichenbach received Carlisle's Outstanding Citizen Award for his contributions to the town.

Dr. Reichenbach was a Professor of Mechanical Engineering at MIT for 10 years and co-wrote the book An Introduction to the Mechanics of Solids. He was recruited by Norton Company (Saint Gobain) in 1966 as Director of Research and Development and left in 1985 as a Corporate Vice President where he ran two divisions. For the remainder of his career he worked as a venture capitalist, first at Advent International, where he was one of the initial partners, and then at Braemar Energy Ventures, where he was a co-founder and Chairman of the Investment Committee. While at Advent, Dr. Reichenbach was responsible for the firm's 17 investments in power technology and related areas, and at Braemar he led investments in 30 companies. He has also served on committees for the Department of Energy, National Energy Renewable Laboratory, and the Massachusetts Emerging Technology Fund.

George loved the forests, mountains, and shore lines of New England. The family would ski in Jackson, NH in the White Mountains and enjoy the summer in Nonquitt on Buzzard's Bay. Jill kept the family in constant motion in winter and summer with sports and recreational activities in both locations and domestic and international travel on a "shoe string" as frequently as she could manage.

In lieu of flowers, gifts in George's memory may be sent to:
Carlisle Conservation Foundation
P.O. Box 300
Carlisle, MA 01741.