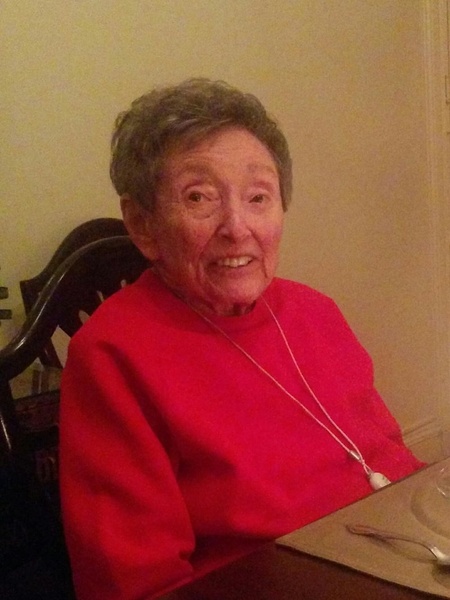 Gladys Glaser Stillman of Winchester, MA passed away on May 11, 2020 in Woburn. Born in New York City to Caroline and Elmer Glaser on December 18th, 1925, she was the loving wife of Henry Stillman and brother of Gerald Glaser. She leaves behind her son Richard and his wife Stephanie of Winchester MA, grandson Taylor, his wife Gia and great-grandson Kai, all of Ipswich, MA.

Gladys passed on May 11th after a long and eventful life. Married to Henry for fifty years, they enjoyed a range of activites, from folk and square dancing to figure skating, canoeing, craftmaking and the outdoors. She was active in music as a pianist and piano teacher. Like many of her generation, she put her education on hold because of the Depression and World War II, but picked up later in life with a Bachelors of Business Administration degree from City College of New York in 1967 and enjoyed a long career as an agent investigating exempt organizations at the Internal Revenue Service. She and Henry retired early and enjoyed a long and active life of travel and hobbies.

After moving to Winchester following the death of her husband, she continued to be active, exploring Boston and the surrounding area on foot and by train, determined to stay active in spite of increasing visual impairment and mobility challenges. She lived independently in a second floor walk-up apartment till the age of 88 and stayed in touch with her friends through frequent phone calls.

Donations may be made to
Perkins School for the Blind
175 N Beacon Street
Watertown, MA 02472
www.perkins.org