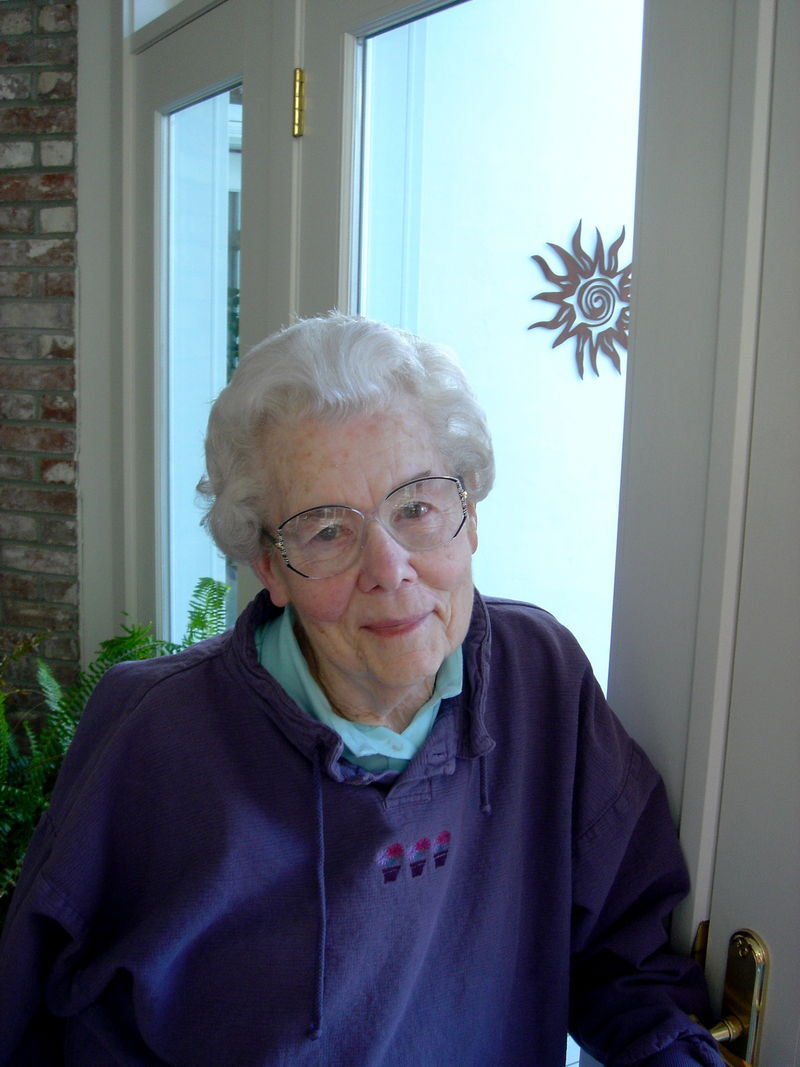 Gloria B. Frazier of Wellfleet and Acton passed away peacefully at home Friday, June 3, 2011. She was 89 years old and the wife of Shervert H. Frazier, MD.

Gloria, a devoted wife, supported her husband in his career as a physician and was the consummate housewife, homemaker, and hostess. She enjoyed spending summers with her family in their Wellfleet home and was accomplished in piano, organ, and home cooking.

She was the daughter of the late Loy and Esther (Covington) Barger and was born in Eddyville, IL on May 3, 1922.

Raised in Harrisburg, IL, she graduated from Harrisburg High School where she was their homecoming queen. She later attended and graduated from Southern Illinois University with a batchelor’s degree in Commerce.

She married Shervert H. Frazier in July 1947. Together they raised four children, encouraging them in their endeavors. Prior to 1972, the family lived in Illinois, Minnesota, New Jersey and Texas. In 1972, the Fraziers moved to Belmont, MA when Dr. Frazier became Psychiatrist-in-Chief at the McLean Hospital. They settled in Acton, MA in 1996.

She was predeceased by her brother, Wilbur X. Barger of Harrisburg, Illinois. She is survived by her sisters-in-law: Bettie S. Barger and Carla C. Sullivan; her nieces, Janie B. Richey and Allison B. Wilson, and Connie C. Frazier; her grandnieces and their children also of Harrisburg, IL. She is also survived by her sister-in-law, Mary Louise Maness of McKinney, TX, and by her children Deborah and Mark Maness.