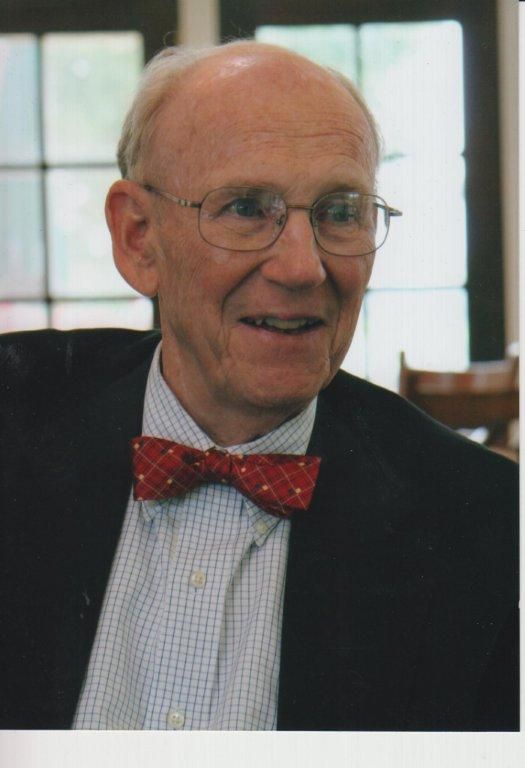 Glover Benton Mayfield age 86 of Lincoln and Manchester-by-the-Sea passed away at his residence on November 8 after a battle with cancer. He was the husband of Gale Smith Mayfield.

Born on February 4, 1925 in Washington, DC he was the son of the late Robert Edwin and Helen Benton Mayfield.

Raised and educated in Washington, DC he graduated from Swarthmore College in 1945 with a degree in mechanical engineering and from Harvard Business School in 1950.

Glover was a Second Lieutenant in the Army Corps of Engineers stationed in Okinawa during the Korean Conflict, honorably discharged in 1955. Upon his return, he married and settled in Lincoln and summered in Manchester-by-the-Sea for 56 years.

Glover was assistant to the director of Avco Everett Research Laboratory, outside of Boston, starting in the mid-50s in the Cold War era. He worked closely with Dr. Arthur Kantrowitz, Director of Avco, a world-renowned physicist and inventor. The laboratory pioneered the development of breakthrough technologies for the defense, space and health industries. Top secret at the time, the lab successfully created nose cones for ballistic missiles that allowed the missiles to withstand the temperatures of thousands of degrees upon re-entry into the earth's atmosphere at hypersonic speeds. This same technology was also applicable to getting spacecraft back to earth. For the health industry, an intra-aorta balloon heart pump was developed for America's first heart transplant surgeon.

Later in his career, Glover brought financial and operating expertise to small businesses in the Boston area and in Washington, DC.

During his spare time he enjoyed sailing, painting, photography, singing, skiing, tennis, and vacationing in Arizona. Investigating his family's genealogy became a particular interest. He was an active member of the Essex County Club in Manchester, the Manchester Yacht Club, The Society of Colonial Wars in the Commonwealth of Massachusetts, and the Harvard Club of Boston.

Besides his wife he is survived by his daughters, Heather Mayfield Kelly and her husband Francis Joseph Kelly III of Weston and Karen Mayfield Seymour and her husband Allyn Seymour, Jr of West Hartford, CT. He is also survived by his four grandchildren Francis Joseph Kelly IV of Cambridge, Whitney Mayfield Kelly of New York City, Andrea Mayfield Seymour of Keystone, CO and Abigail Chandler Seymour attending Colorado College, and many nieces and nephews. He was the brother of Richard Heverin Mayfield of Chevy Chase, MD and the late Robert Edwin Mayfield, Jr. of Chevy Chase, MD, brother-in-law of Caroline Cromelin Mayfield, Anna Putnam Foote and the late George Bradford Foote of Concord formerly Contoocook, NH and Weston, and Lyman Whitman Smith and Deborah Knights Smith of Southport, ME and Sanibel, FL formerly Weston.

GIFTS IN HIS MEMORY MAY BE MADE TO:
New England Forestry Foundation
P.O. Box 1346
Littleton, MA 01460
www.newenglandforestry.org