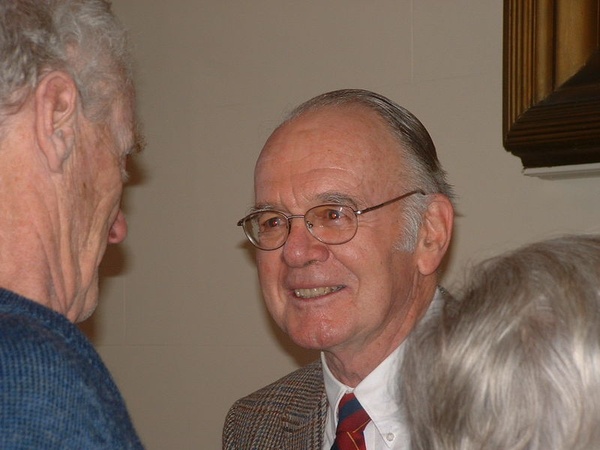 Gordon K. Bell, age 84, of Monument St. in Concord, passed away early Sunday morning July 24, 2011. He was the devoted and loving husband of Jean (McCouch) Bell for nearly 58 years and, along with Jean, Concord’s 2004 Honored Citizen.

Born in Providence, RI, on June 7, 1927, he was the son of the late Walter L. and Mary L. (Dann) Bell. Raised in Sharon, MA, Gordon enlisted in the Navy after high school. Following his service, he earned his B.A. from Colgate University, moved to Washington, D.C. where he worked for the Office of Naval Research, and earned an M.A. from American University. He met Jean in Washington, married in 1953, and graduated from Yale Law School in 1957 before moving to Concord.

He spent almost his entire career at Gaston Snow where he was a long-time partner.
As a resident for over 54 years, Gordon served the Town of Concord as a member of numerous town committees and through his work for the Concord Art Association, the Old Manse, and Minuteman National Park.

Since 1990 Gordon combined his knowledge of the law with his love of open land and conservation by serving as a director and treasurer of the Concord Open Land Foundation. He advised the town and drafted almost every conservation restriction the Concord Land Conservation Trust and the town obtained in the last 20 years.

Gordon was an avid sailor and fulfilled one of his dreams when he and Jean sailed the intra-coastal waterway to Florida and the Bahamas in 1986-87. His outdoor interests included tending an extensive garden, building stone walls, hiking, camping, and playing tennis and horseshoes. He read and traveled extensively, reflecting his passion for history, nature, art, and learning. During his retirement he was able to pursue his interests in sculpting, painting, and poetry. His love for the written word was expressed in his vocation as a lawyer and his avocation as a poet: he took pleasure in the carefully constructed contracts, deeds, and easements he wrote for clients and the Land Trust while his wisdom, humor, humility, and love of nature were expressed in the poems he wrote for himself and for special family occasions.

Concord’s town flag flew at half-staff on Friday in honor of Mr. Bell’s status as an Honored Citizen and for his service to his country in the U.S. Navy at the end of WWII.

Gifts in his name may be made to:
Concord Land Conservation Trust
175 Sudbury Rd.
Concord, MA 01742
www.concordland.org