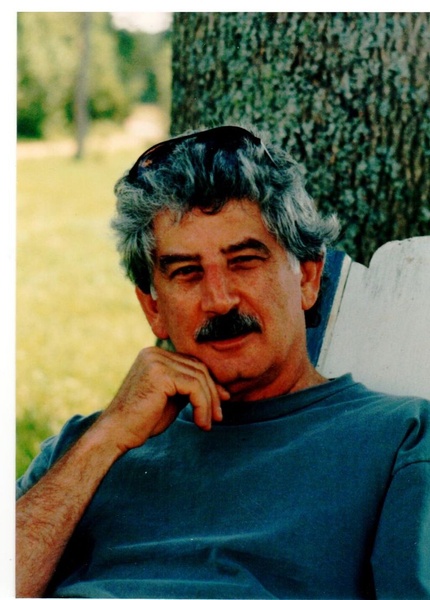 Hal came to teaching by the back door. He was a salesman for the Gillette company in Iowa, wasn't content, changed directions and came to his "dirty little secret," his passion for teaching.

His extended family formed his childhood world--his mother, his aunt, his cousins Janet, Gail and Alan, and later their families, but most especially his Uncles Sam and Harry. When Hal was a little boy, he ordered a ukulele from a catalogue with cereal box tops. A friend asked him if he'd take lessons to learn to play. "No," he said, "I'll ask my Uncle Sam." "Does your uncle know how to play?" "No, but he'll learn." From Uncle Sam Hal learned that he could learn.

From the time he played baseball as a kid he was a Sox Fan, and pretty much loved all sports, as he loved his friends, friendships which lasted a lifetime. Decades later his weekly breakfasts with Dom and Charles sustained him. They kibbitzed about movies and music and books and teaching and food. They loved each other and laughed with each other. They imagined old age sitting together on a park bench watching the world go by. Hal was funny and wise, with humor and wisdom that he brought to everything he did.

Hal was passionate about books.—Anna Karenina, Moby Dick, Hemingway, Willliam Kennedy. He read and reread and studied and asked questions of those books, profound questions. His love for books was contagious. A student giving him an honorary diploma said "Mr. Hoffenkamp loves Anna Karenina--not the book, the woman." When he taught at Hyde Park High School before he came to Lab School, he once said to a class, 'There's a book I don't think you'd want to read, I'm not sure you could read it yet. No, it wouldn't be a good idea." He got the students to beg him to read this book. The book was Hamlet. Once a group of teachers at Lab were pondering how to help a very odd and troubled boy. The suggestions were the usual mundane ones. Let him write about something important to him. Have him speak with a counselor. Hal's suggestion: We should play ping pong with him.

No conversation with Hal went without loving reference to his and Annie's dogs. He once saved Kes, his four-footed son, from drowning. He played with, bragged about, and simply loved them all, champion Maude and playful Quinn, being the latest.

He was proud of Annie, the love of his life. He loved the Irish fight in her. He once asked at a conference in San Diego, did everyone see her dance and wasn't she beautiful? No, no one but Hal had seen her dance, but yes, everyone saw she how beautiful she was. She loved him and took care of him at the hard end of his life. He understood what's good in life and pursued such a life. He told his students if you love what you're doing and are with people you love, you'll live a good life. He did just that.

Memorial donations may be made online to the The University of Chicago Laboratory Schools Alumni Fund. Please indicate in the Special Instructions section that it is in Honor of Hal Hoffenkamp
https://www.kintera.org/site/c.8gKMJYMvF9LWG/b.7874003/k.BFBB/Donation_Form__Lab/apps/ka/sd/donorcustom.asp

Or a check may be mailed to:

The Laboratory Schools
Office of Alumni Relations, N104
1362 East 59th Street
Chicago, IL 60637
Please include a note indicating that it is in Honor of Hal Hoffenkamp