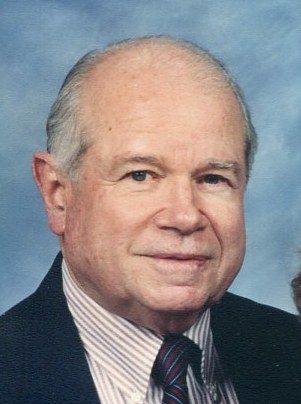 Hays Penfield, age 87, of Concord, MA and West Falmouth, MA passed away peacefully on September 2, 2014. He was the devoted husband of Carol Drew Penfield and loving brother of Jane Penfield of Media, PA.

He was born in Philadelphia, PA on October 26, 1926, son of Helen Hays Penfield and Walker Penfield. Hays graduated from Swarthmore (PA) High School in 1944 where he played lacrosse and track. After high school, he served in the US Navy during World War II and was a radar technician on the USS Albany. After the war, Hays attended Williams College and then went on to the Massachusetts Institute of Technology where he earned a master's degree in electrical engineering.

Hays and Carol were married in 1950 and moved to Concord, MA in 1952. He worked for technology companies during the 1950's and 1960's and then for the Harvard - Smithsonian Center for Astrophysics at Harvard University for the balance of his career where he pioneered the use of computers for radio astronomy.

Active in the community, Hays was the past president of the Concord Lions Club, Concord Little League Baseball and the Concord Ski Club. He and Carol retired to West Falmouth in 1984. Throughout his years, Hays enjoyed many recreational activities including camping, tennis, sailing, skiing and golf.

Gifts in his memory can be made to the Minute Man ARC, 130 C Baker Ave Extension, Concord, MA 01742 www.minutemanarc.org or the West Falmouth Library, 575 W Falmouth Hwy, West Falmouth, MA 02574