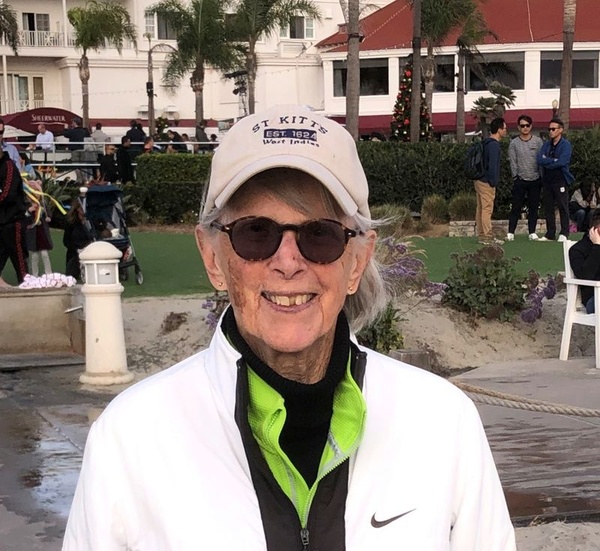 Helen Cole Green, of San Diego, CA, died peacefully on April 30, 2019 at the Scripps Mercy Hospital in San Diego. She was 92.

She attended the Bryn Mawr School in Baltimore and attended Vassar College before getting married her sophomore year. Helen had two loves in life: Architecture and Medicine. Throughout her career she worked at Design Research in Cambridge, MA where she specialized in promoting and modeling Marimekko fabrics. Later, she worked at Massachusetts General Hospital (MGH) in Boston as an executive assistant to two prominent surgeons. In architecture, the highlight of her life was getting selected to the Ada Comstock Scholars Program at Smith College in Northampton, MA where she graduated summa cum laude with a degree in Landscape Architecture at the age of 65.

She was an avid walker until her death; often seen walking her beloved dog, Gem, around the streets and trails of Concord and Lincoln, MA. She loved the outdoors and always had a keen eye for architectural design. She was, also, a prolific reader - histories and mysteries being her favorite books. Throughout her life she touched many people with her kindness, generosity and bright spirit. This included many long-standing friendships across the country.

She later moved to San Diego to be closer to her family where she worked as a volunteer at the VA San Diego Hospital in La Jolla for several years.
She is survived by two daughters, Lindsey Walker of Carmel, CA and Holly Hulburd of San Francisco and a son, Robert (Penn) Hulburd of San Diego, along with three grandchildren, Kenly Walker Uphaus, Spencer Walker and Tyler Hulburd. Her legacy of design and love of nature will continue on through her children and grandchildren.

A small family service in Towson, MD is planned for a later date.