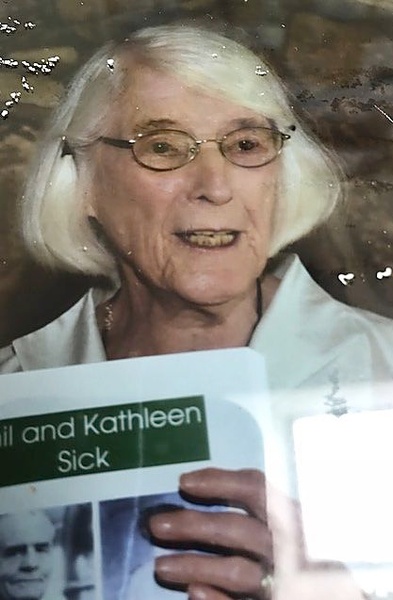 Helen S. "Lal" Minton of Newbury Court, Concord, died September 21 at age 98. The died suddenly of a stroke. She lived independently at the retirement community five years and was a Concord resident since 1964.

"She was an inspiration to all of us," said Newbury Court administrator Alex Bishop.

Active intellectually, "Lal" taught French at Concord Academy in the 1960s and also at Boston University, where she received her PHD in French literature. She took her Masters at Columbia University and graduated from Scripps College, Pomona, California in 1941.

She and her husband Robert W. Minton, who died in 2000, were among the founding members of the Harvard Institute For Learning In Retirement (HILR) in Cambridge.

Born Helen Lou Sick in Lethbridge, Alberta, Canada in 1920, Lal moved to Seattle in 1933, where her industrious father Emil G. Sick opened the Rainier Brewery and later bought the Seattle Rainiers baseball team and built Sick Stadium. Family legend has it that he turned down an offer from fellow brewer Jack Rupert to buy the New York Yankees.

Lal met her husband Bob in Southern California soon after he graduated from Princeton University in 1940. Bob worked as a script writer for MGM Studio. They married in Seattle in 1942 and started a family in 1943.

After WW II, they moved to New York City where Bob studied journalism at Columbia University and worked on city newspapers until 1950.

Then began the great adventure of their life. Lal and Bob moved to Paris, France with their son Cronan (6) and daughter Helena (1) and Lal studied at the Sorbonne. Bob worked in public relations for the Marshall Plan.

They returned home in 1954 and settled in Westport, Connecticut. Bob eventually took a public relations job with Radio Free Europe. At the height of the Cold War, Lal and Bob moved with Radio Free Europe to Munich, Germany in 1961, where they lived until settling in Concord in 1964. By then Lal had secured a teaching job at Concord Academy.

Lal was an enthusiastic supporter of the Concord Library Association, as well as an amateur painter and musician (she played the recorder with friends at Newbury Court until the day she died). She was fluent in French and could converse in German, Spanish, and Italian.

A loving mother, grandmother, and great grandmother, Lal is survived by her son Cronan Minton and his wife Penny Minton of Essex, Connecticut, and her daughter Helena Minton and husband David De Innocentis of North Andover. Her grandchildren are Nora Minton of Mammoth Lakes, Ca., Sean Minton of Winchester, and Ted De Innocentis of North Andover. Her great grandchildren are Olivia (16), Bryn (14), Tyler (12), and Jace (12).

A Celebration of her life will be Sunday, October 14th at 2:00p.m. in
Duvall chapel, 80 Deaconess Road, Concord.
Burial in family lot in Sleepy Hollow Cemetery, private