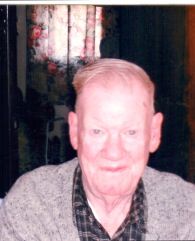 Henry Paul Berlied, age 92 and life long resident of Concord, passed away peacefully at his home on Thursday, April 18, 2013. He was the husband of the late Thelma (Wetherbee) Berlied who passed away in 1986.

Born in Concord on October 1, 1920, he was the son of the late Norwegian immigrants, Conrad and Inga (Olsen) Berlied.

Raised and educated in Concord, Henry graduated from Concord High School. During his high school years, he played football and basketball, was outstanding in track and voted Captain of the track team in his senior year. As a sprinter he excelled in the 100, 220 and 440 yard events as well as high jump and broad jump. He ran the 100 yard dash in 10.1 seconds in the Middlesex League Meet in 1938 which stood as a Concord High School record for fifteen years. He was inducted into the First Annual Concord-Carlisle High School Athletic Hall of Fame in 1993.

He soon married and settled in Concord.

Henry worked for his entire career as a Tool & Die fabricator for Dovre Ski Binding Company in West Concord retiring in 1982. During his time at Dovre Ski Binding, he became a semi-pro ski jumper. He had the opportunity to visit the Olympics in Oslo, Norway in 1952 and Cortina, Italy in 1956 with Leif Nash, the owner of Dovre.

He was a Charter Member of the Concord Rod and Gun Club. During his spare time and in retirement he enjoyed fishing, collecting coins and stamps. He frequently walked in Great Meadows and observed the birds. Henry had many bird feeders and kept track of his many visitors. Vacationing in York, Maine every year was a highlight for the entire family.

In lieu of flowers, Memorial Gifts in his name may be sent to: Drumlin Farm, Massachusetts Audubon Society, 208 South Great Road, Lincoln, MA. 01773.