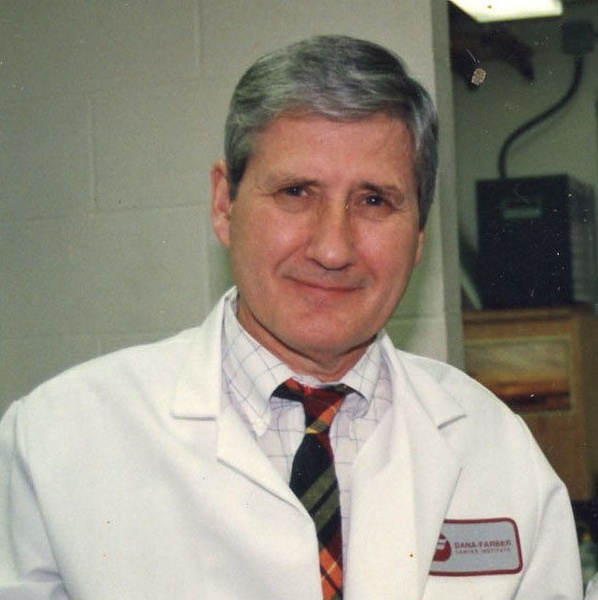 Henry Sands Slayter, a biophysicist at the Dana Farber Cancer Research Institute and Harvard Medical School for 35 years, passed away June 28, 2012, at the Parlin House Hospice in Wayland, after a long struggle with Parkinson's disease. Henry was a quintessential Yankee with a rugged outlook on life, an understated sense of humor, a deft hand with any tool he encountered, and a stoic attitude toward life's challenges. He embodied the spirit of scientific inquiry in all aspects of his life from his research lab to baking explorations over an open fire to the solar electricity and water systems he created at his camp in Maine. His wit, can-do spirit, calm capabilities, and dignity will be greatly missed by family and friends.

Born in Milton, Massachusetts on June 9, 1931 to Verna Milton Draper and Rudolf Stone Slayter, Henry was what we have come to know as a "depression baby." His father graduated from the Massachusetts Institute of Technology (MIT) in 1929, the year of the stock market crash, and pursued various engineering jobs in a tenuous job market, eventually playing a critical role as a civilian with the Navy in the World War II effort to build oil storage tanks at US Navy bases in New England. Thus, Henry's early years involved multiple residences around New England in Rhode Island, New Hampshire, and Massachusetts. His mother, an artist and scholar of Romance languages, tutored him in Latin and French even in the hardest of times.

Summers were usually spent at College Pond in Massachusetts' Myles Standish State Forest where his parents built a cabin and where Henry learned to swim and row to his heart's content. Eventually the family settled in Weston, Massachusetts where Henry attended Weston High School. He won an award for the most outstanding student in the senior class and upon graduation attended MIT. Along the way, while helping his Dad on weekends, he learned a great deal about surveying, cementing a life- long enjoyment of informal engineering-related pursuits. At the elbow of his Dad, he also developed a true love for working with electrical equipment, maintaining cars, and engaging in home repairs.

After graduation from MIT, and a stint at working in biomedical sciences and surveying, Henry found himself in the army as a soldier going through Fort Dix and Fort Houston en route to Germany on the Bremmerhaven. He spent two years in Germany (1952-1954) as a medic and lab technician for the 4th Surgical Hospital (Mobile Army), a component of the Seventh Army. In addition to witnessing the re-construction effort in Germany, he was able to visit France, Italy and Switzerland. Some of his most enduring friendships were made during those years.

When he returned to the States, Henry entered graduate school at MIT. He was fortunate to have landed in an environment which encouraged research and which was generously funded by the Government, spurred on by the Cold War and by Sputnik. Henry became a research fellow in the laboratory of electron microscopy directed by Professor C. E. Hall who had built the first electron microscope in North America. Their job was to develop methods for harnessing directed energy in ways that would allow it to be useful for eventually magnifying certain objects by as much as 50 to 100,000 times. The usefulness of the optics so obtained was in both biology and material science.

Henry obtained his PhD in biophysics in 1962. Over the subsequent years, he worked on the structure of myosin, a muscle protein, on blood coagulation, muscle contraction, and other immunological projects including a clinical test for recurrent intestinal cancer, as well as isolating and characterizing a new blood platelet protein which may be involved in the vascularization of tumors. He collaborated in studies on glycoproteins involved in joint stability, bronchial sweeping, tumor surface antigen identification, and many other projects. Henry long felt that it was an honor to have participated in this work and to have had the privilege of working with many fine scientists. It was also exciting to be part of the scientific explorations in medicine at a time when there was such tremendous progress in the field. Henry co-authored over 150 juried papers over the years, and his work is well recognized as groundbreaking in many areas.

In 1963, Henry married Elizabeth Cameron Maclean, a fellow graduate student in biophysics with whom he collaborated. In 1968 Elspeth arrived and in 1971 Abby was added to their family. The foursome spent Augusts in Maine where Henry, on his own, constructed a cabin on Bog Lake in Washington County, Maine. Free from the confines of "being on the grid," including no telephone, electricity or indoor plumbing, Henry and Elizabeth were passionate about sharing their love and respect for nature with their children, training them in back-woods survival skills. He always treasured their summer holidays there, as well as an early spring weekend trip to Maine for trout and salmon fishing and a fall weekend to relish the crimson blueberry fields and the golden, red, and orange maples.

At home in Lincoln where Henry and Elizabeth moved in 1964, Henry served on a number of church committees for The First Parish in Lincoln, including a role as Lay Leader. He also worked tireless on behalf of Abby's special education needs. In 1987, after 24 years of marriage, Henry lost Elizabeth, after a long illness, to cancer. When she died, she was in the midst of writing a book on optics, Light and Electron Microscopy, which he later completed, as a co-author, for Cambridge University Press.

In 1988 Henry married Barbara Pinney Thomas, a professor at Clark University, who has focused her teaching and research on international development and social change in Third World countries. With her three children, Gwen, Patricia, and Stephen, his family grew to seven. The last 24 years have been filled with nine graduations, four weddings, and two retirements, along with many family adventures as Henry and Barbara shared with one another their favorite places from Maine to Kenya as well as visits with friends and family from Canada to Norway, and Cape Cod to Rome and Tucson.

Diagnosed with Parkinson's 10 years ago, Henry faced the disease with courage, determination, and humor. Debilitating though it was, Parkinson's did not keep him from enjoying a stroll on the beach at Cape Cod, a 2008 trip to Savannah for a reunion with buddies from his army days in Germany, or return visits to his most favorite place of peacefulness and quiet: his cabin on Bog Lake. To the very end he sustained three of his key loves: jazz, chocolate, and ice cream!

Henry is survived by his wife, Barbara, his daughter Abby of Bedford, MA; his daughter Elspeth and son-in-law Murat Recevik of Cambridge, MA; his step-children and spouses, Gwen Thomas and Tom Henderson of Dallas, Texas; Patricia Thomas and Gustavo Piga of Rome Italy; and Stephen Thomas and Patricia Christine Montemayor of Tucson, Arizona, along with eight grandchildren with whom he shared both his knowledge and his spirit.

Contributions in his name may be made to: The Arc of Massachusetts, an organization which advocates on behalf of citizens with intellectual and developmental disabilities for supports and services to enhance their lives, at 217 South Street, Waltham, MA 02453. (781-891-6270); http://www.arcmass.org/HowYouCanHelp/CharitableGiving.aspx.

A memorial service celebrating Henry's life will be held on Saturday, July 28 at 3:00 p.m. at The First Parish in Lincoln, Bedford Rd., Lincoln.

To share a memory or offer a condolence visit: www.concordfuneral.com