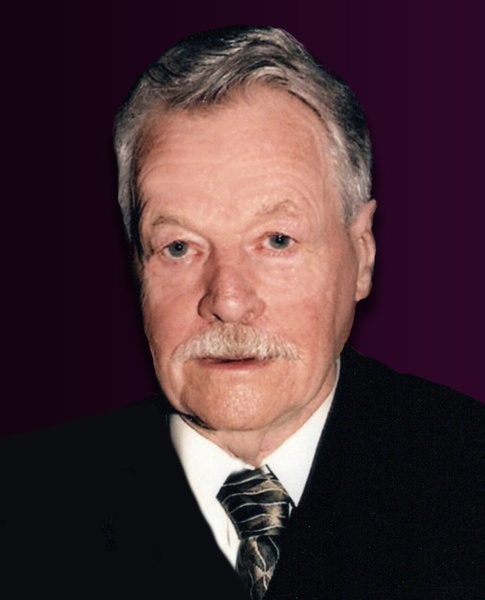 Howard Edward Quinn age 99 of Marlborough formerly of Concord and Lexington passed away on Tuesday, May 7, 2019. He was the loving husband of the late Gloria L. (Horn) Quinn who died in 2006.

Howard was born in New York City on July 26, 1919 the son of the late Francis Edward Quinn and May Ella Flemming Quinn.

Howard led an honorable life of service to others. Born and raised in New York, NY, Howard enlisted in the United States Army after high school and proudly served his country during WWII. Upon his return home he attended The Hudson River State Hospital School of Nursing where he graduated in 1952 and became a Registered Professional Nurse in 1953.

Howard and Gloria met in nursing school and were married in 1950. They settled in Lexington where together they raised their loving children. They later moved to Concord where they stayed for 15 years before retiring. Over the years, he devoted many hours of service to both the Church of Our Redeemer in Lexington and the Trinity Episcopal Church in Concord. His career spanned many years as a Registered Nurse first at the Hudson River State Hospital in New York and thereafter the Tufts New England Medical Center in Boston and McLean Hospital in Belmont. Howard was one of the very first male nurses to practice in the State of Massachusetts.

As a teen growing up in Harlem, Howard developed a love of boxing. Had it not been for his mother May Ella's concern for her son, he would have gone on to compete in the NY Golden Glove competitions. However, his love of boxing remained throughout his life. In retirement he developed a talent for the art of decoupage where his artwork was frequently showcased and admired by many. He also cherished spending time with his children, grandchildren and great-grandchildren, and enjoyed watching Boston Celtics basketball, and attending the Boston Ballet and theater.

He is survived by his children Lorraine Blackwell and husband Richard of Townsend, Howard E. Quinn, Jr. of Pepperell and William F. Quinn and his wife Anne Russo-Quinn of Haverhill, his grandchildren, Shaun Blackwell, Briana (Blackwell) Flaharty, Kelsey Blackwell and Ayla Quinn, and great-grandchildren, Bradyn, Aubrey, Ashlyn, Julian and Easton along with several nieces and nephews. He was predeceased by his granddaughter, Heather (Blackwell) Furbay and sister Stella (Quinn) Valli.

Family and friends will gather to honor and remember Howard on Saturday, May 25, 2019 at 11:00 am in the Chapel at Trinity Episcopal Church, 81 Elm St., Concord. Burial with U.S. Army Military Honors in Sleepy Hollow Cemetery will be private.

Concord's town flag will fly at half-staff on Saturday, May 25, 2019 in honor if Howard's service to his country in the United States Army during WWII.

Donations in his memory may be made to:
Diabetes Association
260 Cochituate Road #200
Framingham, MA 01701