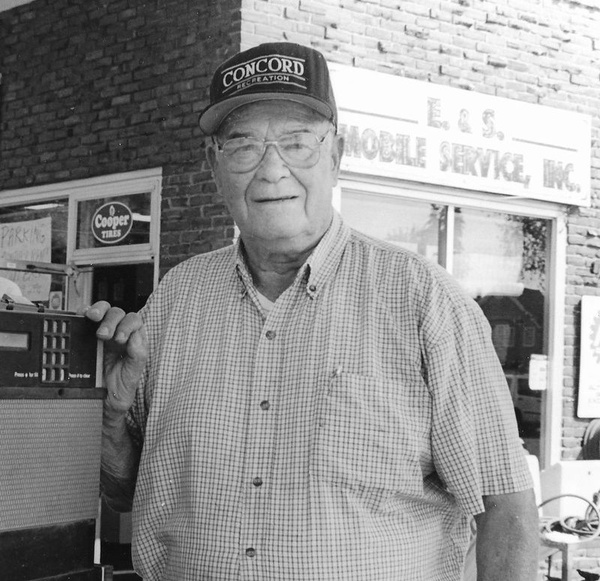 Howard Joseph Soberg Senior, was born in Concord, MA on May 23rd, 1921. He died peacefully on March 5th, 2021 at the age of 99 of natural causes. He is the son of Christine and Harold Soberg and is predeceased by his brother Paul and sister Helen. Howard "Howie" is survived by his beloved wife Thelma, whom he was married to for 74 years, his four sons and their significant others; Dana and Ellen of Ayer, MA, William and Rita of Littleton, MA, Peter and Diane of Lehigh Acres, FL, and H. Joseph Jr. and Julie of Acton, MA. Howie was the loving grandfather to Craig, Kelsey, Dakota, Taylor, Mackenzie, and Eric, and great grandfather to Isabel, Bailee, Grace, Maddoxx, Lilaa, Ethan and uncle to many nieces and nephews.

Howie was a lifelong resident of West Concord. Howie's careers in Concord included a milkman for Jone's Farm, school bus driver, Concord Firefighter, then became an on-call firefighter when he started his family business; E & S Mobile Service in 1955 with Ted Edwardsen in West Concord. For many years after his retirement, Howie continued to greet customers from his chair in the office, and would introduce the young kids who worked there how to use a broom and wash the customers' windows. He taught those who worked at the shop and his grandkids everything he knew about cars. On his lunch breaks he would return home to eat a sandwich prepared by Thelma, take a nap in his recliner, and wake up to return back to work on time. Howie's work ethic was impeccable and always whistled while he worked.

Howie and Thelma were not shy of an adventure. The two traveled with friends and siblings to many places which included cross country road trips, Italy, Mexico, Bermuda, and they visited his extended family in Norway. He and Thelma renewed their 50th wedding vows on a cruise in Alaska. Howie and Thelma in their retirement took their grandchildren on many small adventures which included trips to the circus, Polly's Pancakes in NH, fishing, and getting candy at The 5&10.

Howie and his family enjoyed spending vacations and weekends at their family cottage located in Bristol, NH on Newfound Lake. As a member of the Camelot Acres Residence Association, he and Thelma enjoyed their lake community of friends. Howie and Thelma were avid game players and would teach and play along with their children and grandchildren at the cottage. Howie enjoyed many activities at the lake which included fishing, teaching his children and grandchildren to waterski on the back of his Boston Whaler, swimming, playing large group night games of hide and seek, and cross-country skiing in the winter.

Family and friends of Howie will cherish the many memories they have of him. Their loving memories of Howie ("Grampy"), included how he would start each day with a bowl of Cheerios and sliced banana. He had a green thumb in the garden. To celebrate his 80th birthday, Howie, Thelma and her Sister Lil, went on a hot air balloon ride and their family cheered them on as they took off and then met them when they touched down. He taught his grandchildren about his favorite birds, shared milk and cookies with his great grandchildren and he went for a ride in a ten wheeled dump truck for his 92nd birthday. He shared his hostess cupcakes during snack breaks at the garage. Anyone who got to know and love Howie, knew he enjoyed a good meal by how he hummed and tapped his foot while he ate. He is and always will be forever missed for everything he has done, and the people he has impacted throughout his life.

Funeral service and burial in Sleepy Hollow Cemetery will be private. To view the funeral service, please use the link below:
https://www.geminigraphicsstreaming.com/Concord/HaroldSoberg.mp4