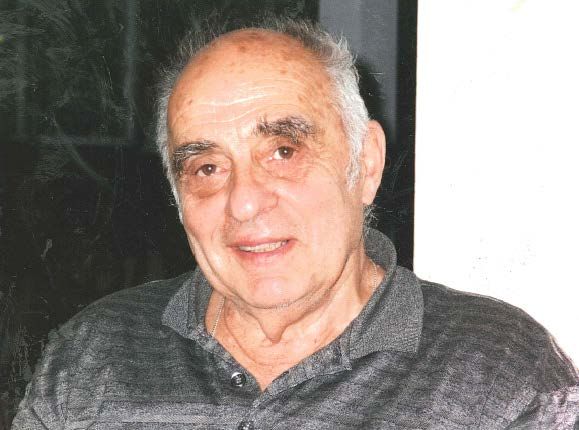 Hrand Saxenian passed away peacefully, surrounded by his wife and four children, in Concord, Massachusetts, on October 28, 2014. He was 90 years old. He was a gentle and principled man, and a loving father and husband. Until the end of his life he passionately shared his work on emotional maturity and effective leadership. These ideas, which grew out of his experiences in the Pacific during World War II as well as his research at Harvard Business School, became his life's work known as Hypothesis Two.

Saxenian was born in Rochester, New York in 1924 to Varteny and Paul Saxenian, both Armenian immigrants. He served in the US Army Signal Corps during the Second World War, earned a BS in Engineering from the Massachusetts Institute of Technology (MIT) in 1947, and an MBA from Harvard Business School in 1949. From 1951-1952, Saxenian pursued doctoral studies in electrical engineering and physics at MIT. He wrote the programming manual for Whirlwind, MIT's first digital computer, in 1951.

From 1952-58, Saxenian served as Assistant Professor at Harvard Business School and as Operations Research Advisor to Price Waterhouse. In subsequent years, he served as Engineering Manager at Itek Corporation, Assistant Program Manager at Raytheon, Director of the FAA Safety Priorities Project at United Research in Cambridge, and as the Executive Vice President of the Econometric Institute in New York.

Saxenian founded HSA Management Controls in Concord in 1961 (he later renamed the business h2 Leadership Practices) to pursue his research on emotional maturity, effectiveness, and leadership selection. He published this work in business publications, including Technology Review and the Harvard Business Review and worked with a variety of public and private sector organizations.

Saxenian was an avid tennis player and a violinist. He pursued these activities for most of his life. A long-time resident of Concord, he was a dedicated member of the First Parish Church, where he held various leadership positions in the 1960s, 70s, and 80s. He leaves behind his wife, Lucy Asadourian Saxenian and four children: AnnaLee Saxenian of Oakland, California, Jennifer Settle of Newton, Massachusetts, Michael Saxenian of Bethesda, Maryland, and Stephen Saxenian of Leverett, Massachusetts, and 8 grandchildren. His first son, Arthur Saxenian, passed away as a young child in 1955.

The family held a service in celebration of the life of Hrand Saxenian at 2pm on Saturday, November 22, 2014 at the First Parish Church in Concord, 20 Lexington Road, Concord Center, Concord.