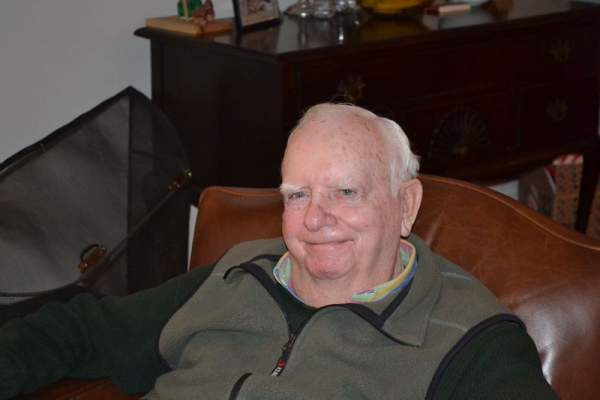 The youngest child of Anne Andrews and John G. Madden, Mr. Madden quickly distinguished himself academically. His love of Latin and Greek led him to Princeton University, where he earned both a Bachelor of Arts ('57) and a Master's degree in Classics. He was elected to Phi Beta Kappa, won the prestigious Woodrow Wilson Fellowship, and thrilled many an audience as a second tenor in the Princeton Nassoons. In between his two degrees, Mr. Madden served as a Lieutenant in the U.S. Army in Baumholder, Germany. Later, he received his Juris Doctorate from the University of Missouri, Kansas City.

A true Renaissance man, Mr. Madden would leave Princeton each summer for Yellowjacket Ranch, on the middle fork of the Salmon River in Idaho, where he drove cattle for his parents. He was an accomplished horseman, pilot, sailor, marksman, and fly fisherman.

Mr. Madden's love of learning soon became a passion for teaching others. He taught at Phillips Academy Andover, Pembroke Country Day School, and The Wheeler School in Providence, Rhode Island. In addition to teaching, Mr. Madden served as Headmaster of The Wheeler School from 1968 to 1980. He involved himself in working on Title IX legislation, and also served as the President of the Headmasters Association.

In 1980, Mr. Madden began working at the law firm of Squire, Sanders, and Dempsey in Cleveland, Ohio. He later moved to their Phoenix, Arizona, office, and his clients included the National Association of Independent Schools. His passion was education and the law.

Mr. Madden leaves a legacy of hundreds of alumni, who remember his fondness for Latin puns, teaching outside on a sunny day, and Gates Kansas City Bar-B-Q. He is survived by four children: Anne Andrews Badalato, of Sherman Oaks, California; Christopher William Chapman, of Orono, Minnesota; Hugh Andrews Madden, Jr., of Bristol, Rhode Island; and, Heather Madden MacShane, of Concord, Massachusetts. He is the proud grandfather of ten grandchildren, all of whom inherited his zest for learning and living life to the fullest. Huzzah! (Ancient mariner's chant of joy.)