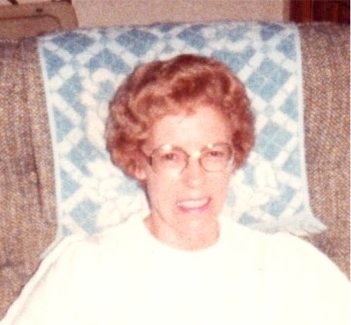 Irene L. (Smith) Browning age 91 passed away on Sunday, March 11, 2012 at Apple Valley Nursing Center in Ayer. She was the wife of the late George Landon Browning III.

Born in Brockton on December 22, 1920 she was the daughter of Clyde and Ida Smith.
Her early years were spent in North Easton with her brother and sister. She later moved to Framingham and then to Marlboro, eventually retiring to Vineyard Haven on Martha's Vineyard.

She worked until she was 80, first at Hodgman Rubber Company in Framingham, where she met her husband George, and later as a laboratory technician for Haartz Auto Fabric in Acton.

She loved being outdoors; riding her horse Jack Frost, walking her dog Baby, gardening, fishing, cross country skiing, and anything to do with the beach. She was also devoted to the felines in her life; Smokey, Pinky, Honey, McDuff, and Larry.

A celebration of her life and a creation of a memorial garden will be held later this year.