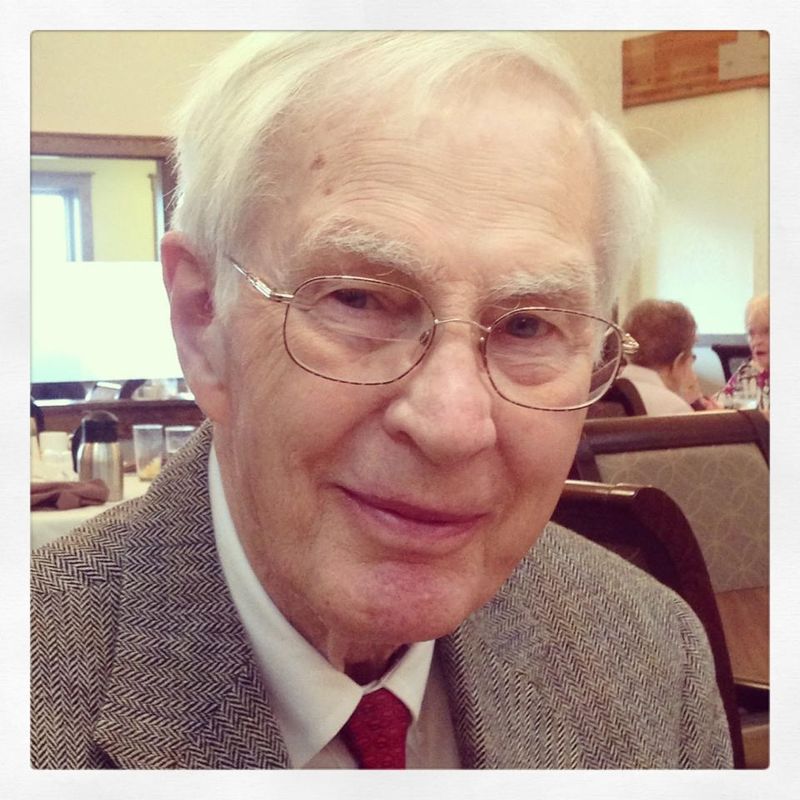 Rev. J. Seymour Flinn age 87 of Acton formerly of Troy, NY, Greenwich, CT, Wilmington, DE and Rapid City, SD passed away peacefully on Tuesday, December 9, 2014 at his daughter's residence surrounded by his loving family. He was the husband of Janet (Hallett) Flinn.

Born in Wilmington, DE on October 22, 1927 he was the son of the late Dr. Lewis B. and Elizabeth Waters Flinn.

Raised and educated in Wilmington, DE he was a graduate of Wilmington Friends School class of 1945 and then attended Princeton University in Princeton, N.J graduating in 1949. He served two years as a teacher at the Episcopal High School in Cape Mount, Liberia, West Africa.

Rev. Flinn attended the Virginia Seminary in Alexandria, VA and was ordained in 1954. He became founding rector of St. David's Episcopal Church in the suburbs of Wilmington and was also Editor of the Diocesan monthly news magazine "NOW".

In August 1959 he was married to Rosalie Jester of Church Hill, Maryland. Three days after the wedding, they sailed for a honeymoon in Europe followed by several months of training in England.

Through the years 1960-1965 the Flinns lived in Mbale, Uganda, East Africa where he was Sub Dean of the Mbale Cathedral and Founder of St. Andrew's Community Center, a training and conference center for laity and clergy. While in Uganda, their three children were born.

The family returned briefly to Delaware in 1966, where for six months he served as Missioner visiting all Episcopal congregations in Delaware for three days each and publishing a report to the Diocese. When he took a staff position in the Overseas Department at the church's national office in New York City, the family moved to Old Greenwich, Connecticut.

In 1970 he joined the staff of Christ Episcopal Church in Greenwich, CT where he first worked to establish a new mission in Glenville and eventually became Senior Associate of the parish. During that time he attended Yale Divinity School graduating in 1975.


He was next called in 1978 to be Rector of St. John's Church in Troy, New York. While in Troy he was also Dean of the Metropolitan Deanery of the Albany Diocese and founding Chairman of the Troy Area United Ministries. His wife, Rosalie Jester Flinn, died of cancer in 1984. In 1986 he married the widow of a seminary classmate, Mrs. Janet Crosby Hallett of Rapid City, South Dakota and she joined him in Troy.

In 1987 he was invited to become Senior Associate at St. James' Church, Madison Avenue in Manhattan. There he founded the Third Age Council as part of a new focus on the needs and opportunities of older adults in American society. Returning to Delaware in 1992, he served for two years as Interim Pastor at St. Thomas' Church in Newark, after which he and Mrs. Flinn retired to a house they had had built in Wilmington.

During retirement he and Mrs. Flinn volunteered in ministries in Antigua, West Indies for 6 months. He served on the Board of the League of Women Voters, mentored in local schools, served as a CASA volunteer for the Family Court, headed the Diocesan Retirees Committee, taught in local prisons and was an instructor at the Academy of Lifelong Learning of the University of Delaware for ten years.

The Flinns moved in May 2004 to the Villas at Westhills Village in Rapid City, SD. In Rapid City he again became active in the CASA program with the 7th Circuit Court there, helped out in local churches, served as Chair of the Camp Remington Diocesan Committee, and taught adult education courses in parishes and in he community. He next became active as a mentor with the Center for Restorative Justice and served as a member of the Board and Treasurer.

In 2014, after his wife moved to the Assisted Living facility at West Hills Village, Seymour moved to Acton MA to be closer to his children.

Along with his wife he is survived by a son, R. David Flinn, of Arlington, MA; a daughter, Melissa Flinn Spurr, of Acton, MA; a son, Andrew L. T. Flinn, of Fayetteville, NC; a son, David Hallett of Minneapolis, MN; a daughter, Liddy Hallett Rohrbach of Hill City, SD; and a daughter, Sarah Hallett. He is also survived by ten grandchildren, Eli and Rosalie Flinn of Arlington, MA; Liam and Thomas Spurr of Acton, MA; and Nikki, Jessica, Joshua, Wyatt, Emily and McKensie Flinn of Fayetteville, NC; Crystal Evans and Amy Rohrbach, of Hill City, SD; and Paul, Kate, and Charlie Hallett of Minneapolis MN.

Family and friends will gather to honor and remember Rev. Flinn on Saturday, December 13 at 2:00 pm in the Trinity Episcopal Church, 81 Elm Street, Concord, MA.