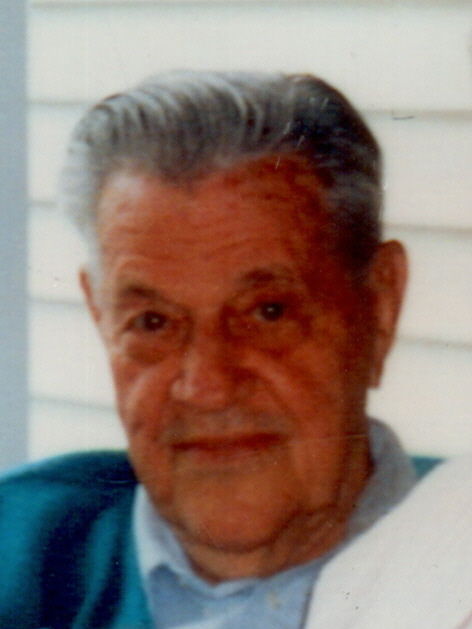 James “Fred” Engebretson, age 95, of Carver formerly of West Concord passed away on Sunday, September 5, 2010 at Jordan Hospital in Plymouth. He was the husband of Miriam (Fletcher) Engebretson for almost 65 years.

Born in Concord on June 20, 1915 he was the son of the late Charles and Annie (MacKay) Engebretson. After graduating from Concord High School Class of 1933 he soon joined the Civilian Conservation Corps in 1934 and was discharged in 1940.

In 1942 he enlisted in the United States Army and served in the Pacific Theater.

Upon his return home he married and settled in West Concord where he and “Mim” they raised their two children. For many years he worked as a civilian employee for the U.S. Government and at the West Concord Super Market.

Being a devoted family man, he moved to Carver in 1984 to be closer to his children. He enjoyed crossword puzzles, collecting stamps and hockey memorabilia, and singing with anyone who would join in. Almost as strong as his love of family was pride in his heritage in Concord and West Concord.

Concord’s town flag will fly at half-staff in honor of Mr. Engebretson’s service to his country during WWII.