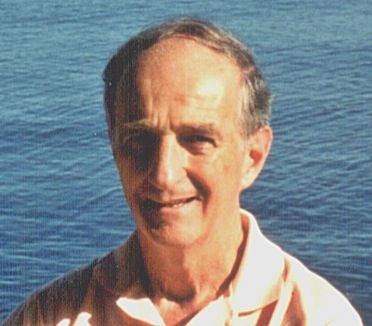 James G. Hackett age 76 of Sudbury formerly of Newton passed away on Wednesday, November 21, 2012 at Concord Health Care Center. He was the beloved husband of Marie T. (DelMastro) Hackett.

Upon his return home he married and soon settled in Newton.

Mr. Hackett worked for many years as a Contract Administrator with Honeywell and later as an Auditor for the Commonwealth of Massachusetts.

Mr. Hackett was a Eucharistic Minister and Lector at St. Jean's Parish in Newton until the time it merged with Our Lady Help of Christian's Parish where he remained a faithful parishioner. Upon moving to Sudbury, he was a member of Our Lady of Fatima Church there. He was also a member of the Knights of Columbus in Newton.

An avid gardener, Jim was known for both his combined vegetable and flower gardens. He enjoyed travel to destinations that included Europe, Africa and most of the United States.

Besides his wife he is survived by his children, Maria C. Hackett of Cambridge and James G. Hackett, Jr. and his wife Jill of Bedford and his grandsons Justin James and Gavin Eric Hackett. He is also survived by his brother Howard Hackett of Beverly Farms, Mary Merrill of NH, Kathleen Ferris of Concord and Rita Witmer of CA.


Gifts in his name may be made to:
American Parkinson's Disease Assoc.
135 Parkinson Ave.
Staten Island, NY 10305
www.apdaparkinson.org

OUR LADY of FATIMA PARISH