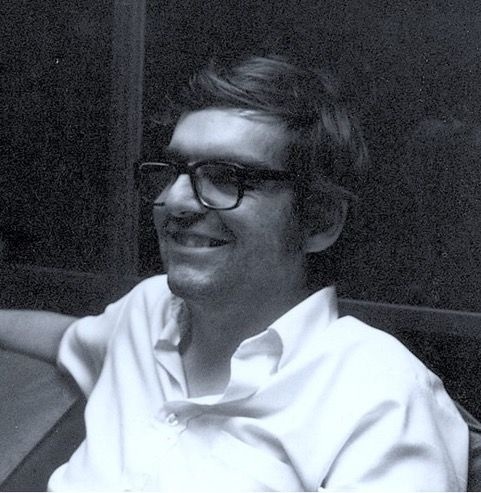 James Chandler Larner, a longtime Concord resident, died January 9,2019 after being rushed to Emerson Hospital. He had been hospitalized since a fall July 29, 2018 and suffered from congestive heart failure. Youngest son of Edward and Barbara Larner (both deceased), he is survived by his sister Holly Larner of Amherst NH and brother Ned Larner of Concord, as well as two nephews, Rusty & Ross Larner and their five children living in California.

James was challenged with many health issues throughout his life, and undiagnosed autism made it difficult for him to participate in normal social situations. An old family friend noted the importance of family love and how we made Jamie part of our lives when inclusion was not common. He met challenges with courage and patience and always had a big smile and love of fun.

He was determined to achieve an education and to work. A graduate of Hoosac School in the Berkshires, he attended Currie College and studied business administration at Bryant & Stratton in Boston. He worked at the Commercial Union in Boston, now known as One Beacon Insurance, for over 30 years before retiring. James was known as Jamie to family and friends and Jim to his fellow workers in the Transport Department at Emerson Hospital, where he volunteered and then had a part time position two nights a week for many years,

James was an avid supporter of the Red Sox, having season tickets for decades before the Curse of the Bambino was finally lifted. His love of the Sox created a lifelong hobby of collecting baseball and other sports cards. He often bowled at the duck pin lanes at Crosby Market Center and later at the lanes in Acton at Kelly's Corner getting too good for anyone to beat him! He was an avid dog lover, often walking Beau, Zoe, Isla, and then Bonnie on Monument Street to the dismay of passing drivers as the dogs seemed out of control –but he was their boss.

James has many relatives--in Concord and around the country --who have helped him over the years to feel included and to conquer what seemed like extreme shyness. We are all saddened by his death.