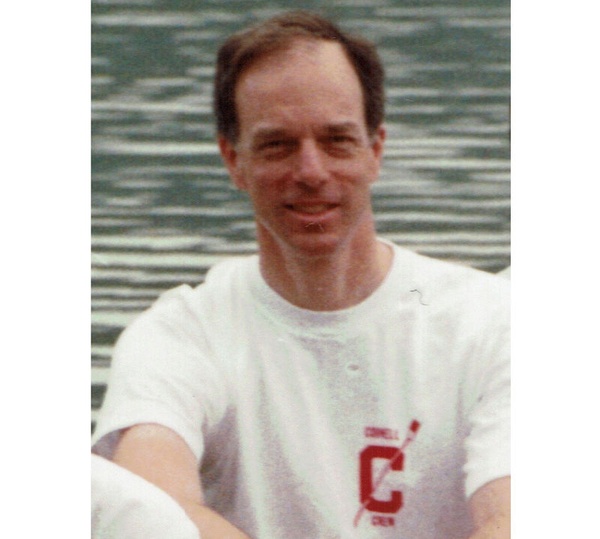 James Walter Spindler, a resident of Lincoln, Massachusetts since 1968, died on December 7, 2019 at the age of 80. From 1968 to 1979 he practiced law in Boston with Hale and Dorr (now WilmerHale), concentrating on securities and mergers and acquisitions work. In 1979 he became the first in-house counsel for Computervision Corporation, a tech company based in Bedford, Mass. Beginning in 1985 he pioneered the provision of legal services as independent general counsel for companies which lacked full-time in-house counsel. In 1992 he co-founded and chaired for about 15 years the Association of Independent General Counsel, an informal organization that hosted speakers, discussed legal questions and practice management issues and served as a support group for its members.

He was town representative for Lincoln to SILC, a subregional planning organization, from 1969 to 1975. From 1977 to 1983 he served as a member of the Lincoln School Committee and as its Chairman from 1980 to 1981. From 2007 until 2009, he served on the Lincoln Commission on Disabilities, representing the Commission on the committee overseeing the renovation of the town offices. He was senior warden of St. Anne's Episcopal Church for two terms and sang bass in its choir for 25 years. A high point of his service at St. Anne's was chairing the Search Committee that in 1986 recommended the calling of Mark Hollingsworth, Jr., who became its new rector.

In 1984 Spindler won the Lincoln Public Library Centennial Spelling Contest. His older son, David, then a junior in high school, was runner up.

He could frequently be seen working in the yard and fields of their 1846 Greek revival house, which he and his wife renovated. He often walked on nearby roads as therapy for Parkinson's disease (diagnosed in 1990). He enjoyed visiting with neighbors along the way.

He loved all things related to language: reading, etymology, editing, and foreign languages. In addition to Russian, he studied Latin as well as French. He learned German as an adult. As a young teenager, he composed gibberish chants for his nieces and nephews that they can still recite ("Beep moo see so battery boo . . .")

In addition to reading, he enjoyed swimming, playing squash and tennis, playing the piano, singing, and listening to music. He could easily be located wherever there was food, unabashedly helping himself to seconds and thirds on dessert. Every weekend he would make a pancake or waffle lunch for his family.

He graduated from Cornell University, where he majored in government, took a number of courses in Russian, rowed on the men's varsity heavyweight crew, chaired the Student Government Academic Affairs Committee and was elected to Phi Beta Kappa in his junior year. He was a member of Cornell's varsity eight-man crew that in 1961 was runner-up in both the Eastern Sprints Championships and the IRA Regatta, which served as collegiate rowing's national championships at the time. He received the Eastern College Athletic Conference award as the most outstanding scholar-athlete in his graduating class. He was selected as the class marshal for Cornell's College of Arts and Sciences' graduating class. During the summer after his freshman year, he was the tallest member of the specially recruited World's Tallest Laundry Crew, who used their formidable reach to fold 106-inch sheets for resorts in Glacier National Park.

In the summer of 1961, following graduation, Spindler traveled to Czechoslovakia, the Soviet Union and Poland as a member of a group of 11 students representing the National Council of Churches. The trip, which focused on religious life in the countries visited, occurred at a time when few U.S. citizens were able to travel behind the Iron Curtain. On the trip he bought a Russian fur hat, which he wore so frequently in the Spindlers' 1962 VW Beetle that it finally wore a hole in the roof upholstery.

He then earned a degree from Harvard Law School. After law school, he went on active duty with the U.S. Marine Corps, attaining the rank of Captain. He served as a legal officer (prosecutor and defense counsel) in Vietnam with the Third Marine Division and then in California (doing primarily appellate review work) with the Fifth Marine Division.

During law school and for about 15 years thereafter, he worked with Prof. Harold Berman in translating from Russian into English the Russian Criminal Codes and Judiciary Act, published by Harvard University Press.

A memorial service will be held at St. Anne's in-the-Fields Episcopal Church, 147 Concord Road, Lincoln, Massachusetts at 11 A.M. on December 14, 2019. A reception in the church will follow. Burial in the Lincoln Cemetery will be private.