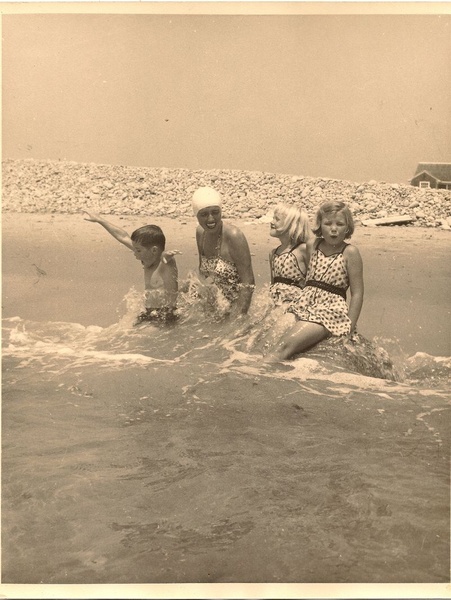 Jane Terhune Hall, 88, of Vero Beach FL and Little Compton, RI, died peacefully on December 9, 2010 with her family by her side. Born December 20, 1921 in New Haven, CT, to William Barclay and Jane Denham Terhune, she spent her early childhood in Stockbridge, MA, later moving to New Canaan, CT. She is a graduate of The Madeira School in McLean VA and Vassar College.

Mrs. Hall married Eben Clarke Hall on September 8, 1945. While raising their family in Riverside, CT, Mrs. Hall was very active in the community, volunteering in the schools as an ESL tutor, teaching bridge and running the St. Paul's Church Consignment Shop. She was an avid and competitive tennis player, golfer and bridge player. After her husband's retirement, they moved to Vero Beach, FL, and spent summers in Little Compton, RI. Her husband Eben died in 1999, after 54 years of marriage.

Mrs. Hall loved the beach and her daily summertime swim in the Little Compton ocean, no matter the water temperature. She enjoyed playing card games and making seaweed pudding with her grandchildren (and didn’t miss an opportunity to teach them manners when she saw the need). She had a witty way with words and a wonderful sense of humor.

Mrs. Hall was unfailingly polite, tactful, kind and considerate. Even though a stroke limited her activities in her last ten years, she remained cheerful, kind and uncomplaining, always interested in and concerned about the people around her. In the last years of her life she enjoyed the friendship, companionship and care of a number of very special women, and she enhanced their lives as they enhanced hers.