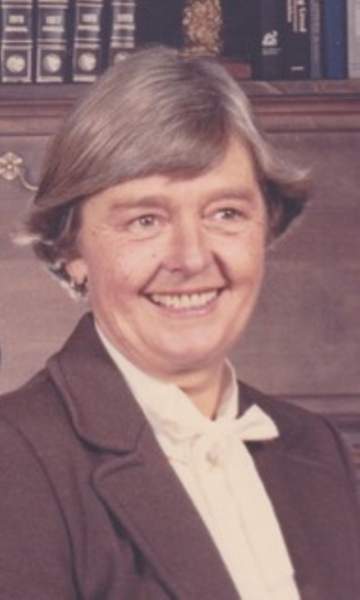 Janet French Laughlin, longtime resident of Chelmsford, MA and recently of Concord, MA, passed away on November 4, 2020. She was 94.

Janet was born in Lowell, MA to Leonard and Gertrude (Bachmann) French. She grew up in Lowell, attended Northfield School, and graduated from Pembroke College in Brown University in 1948. While at Brown, Janet met the love of her life, Bailey. They married in 1948 and lived most of their 68 years together in Chelmsford, where they raised five children. Janet was a member of All Saints' Church, was an active member of the Chelmsford Garden Club, and, later in life, obtained her real estate license and worked at Emerson Real Estate in Chelmsford and Westford.

Janet was the catalyst for getting her family on the ski slopes. They started skiing on local hills in Massachusetts and then explored other areas in New England. The family built a ski house in 1962 in Intervale, NH, which became a place of refuge and joy for many years.

Service and burial in Lowell Cemetery will be private.

The Laughlin family is grateful to Newbury Court in Concord and Janet's devoted caregivers for all their support and understanding.