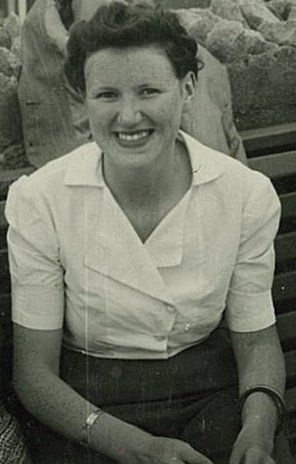 Janice McMillan Black Richter, 83, of Westford, Mass., passed away Wednesday, June 22, 2011. Janice, known to many as Jessie, was born January 9, 1928, in Glasgow, Scotland. She was the youngest of nine siblings and the daughter of the late James and Marion (Devine) Black.

Raised and educated in Scotland, Jessie first worked in the accountant’s office of the London Midland Scottish Railway in Glasgow. In 1954, when she was 26, she emigrated to New York to find adventure in America. Shortly after she relocated to Boston, where she met Frank Richter, a German immigrant. They married in 1957. She was also employed as a secretary at Harvard University while living in Boston. They also lived in West Medford, Lincoln, and then Westford.

After raising a son and twin daughters, Jessie started a career with the National Park Service, eventually becoming a Park Ranger at Minute Man National Historical Park in Concord. Interpreting the Revolutionary War was a joy to her, as she shared history with thousands in her proud Scottish brogue.

Jessie was very involved in the Westford Senior Center and Carlisle Congregational Church, they both brought her good friends and happiness. In 2009, she relocated to Southern California to be closer to some of her family members, and she lived there until her passing.

Private services will be held in Scotland, Tarbert Loch Fyne.

Gifts in the name of Janice McMillan Black Richter may be made to:
Merrimack River Feline Rescue Society
63 Elm Street
Salisbury, MA 01952
www.mrfrs.org