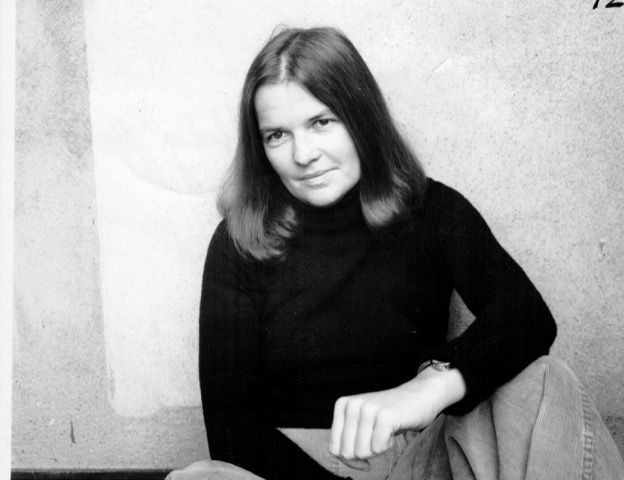 Jean L. Getchell-Forbes age 79 and long time Concord resident passed away peacefully on Sunday, June 9, 2019 at her residence. She was the beloved wife of 27 years to Maynard C. Forbes of Concord.

Jean L. Getchell was born in Portland, Maine on November 11, 1939 a daughter to the late Robert Lee and Ruth Alice (Reinertsen) Getchell.

Jean attended the Waynflete School in Portland, Maine, then later graduated from Cornell University and studied for a brief period at Columbia University. She married C. Michael Curtis and after college they moved to the Boston area and raised three children. During this period Jean was an active writer with articles in Boston Magazine, Better Homes and Gardens and the Boston Globe. She also was the author of "A Parents Guide to Nursery Schools" and "Working Mothers"

In 1977 she had a conversion which lead to her attendance at Andover Newton Theological School. Finishing there she was ordained in the United Church of Christ (UCC) at the Old South Church in Boston where she served as the first woman associate minister until 1982. Jean was called to the West Concord Union Church in 1982 where she served as the senior pastor for ten years. During this time she was active in the boards of Andover Newton, The Massachusetts Conference of the UCC and the National Council of the UCC. Her skill in writing led to many an interesting and thought provoking sermon. One of the main events during her time in West Concord was a major renovation of the church. In 1991 she directed the celebration of the 100th Anniversary of the church and coordinated the writing of a history of the church in its first 100 years with William Bailey. In 1992, Jean retired from the active ministry. Her marriage to Maynard Forbes in 1992 started a new phase in her life. There was recently purchased land in Maine and an association with a retail business. She coordinated the building of a barn/camp on the property in ME, and for the Christmas Season in1994 with a group of friends from the West Concord Church she created a craft oriented retail shop in West Concord. Finding retail interesting and challenging she helped to plan the renovation of the building that became The Gatehouse a business she operated until 2004. Turning her attention again to land in ME she assisted in the design of the house that was to be the life long home. After several wonderful years in the home where she enjoyed painting, cooking, grandchildren and her passion for bridge, she taught herself wet felting. This was a hobby that turned into a business (The Wabi-Sabi Felt Company) until a stroke in early 2011 paralyzed her left side. The stroke confined her to a wheelchair but did not affect her mind or ability to talk. The death of son, Christopher, brought her back to West Concord where she lived these past six years

Along with her loving and devoted husband Maynard who cared for her daily during her illness she is survived by her children, Hilary Anne Curtis-Osmer of Ayer, Hans Peter Kahn Curtis of Acton, and the late Christopher Michael Curtis, II. Devoted stepmother of Scott A., of NJ, Steven J. of CA, Peter J. of Pepperell and Andrew B. Forbes of Arlington., her sister Nancy Martinson of IN, her adored grandchildren, Donald A. Osmer, III, Kelly Ann, Laura, Stephen, Catherine, Juliann, Adam H. and Jonathan Forbes, great-granddaughter Maya, niece Karin Horner and nephew Stephen Martinson.

Family and friends will gather to honor and remember Jean on Friday, June 14, 2019 fro 4:00-7:00 pm in the parlor of the West Concord Union Church, 1317 Main St., West Concord. Her funeral service will be held in the church on Saturday, June 15 at 11:00 am. Interment Sleepy Hollow Cemetery, Concord.

Donations in her name may be made to:
West Concord Union Church
1317 Main Street
Concord, MA 01742.
www.westconcordunionchurch.org