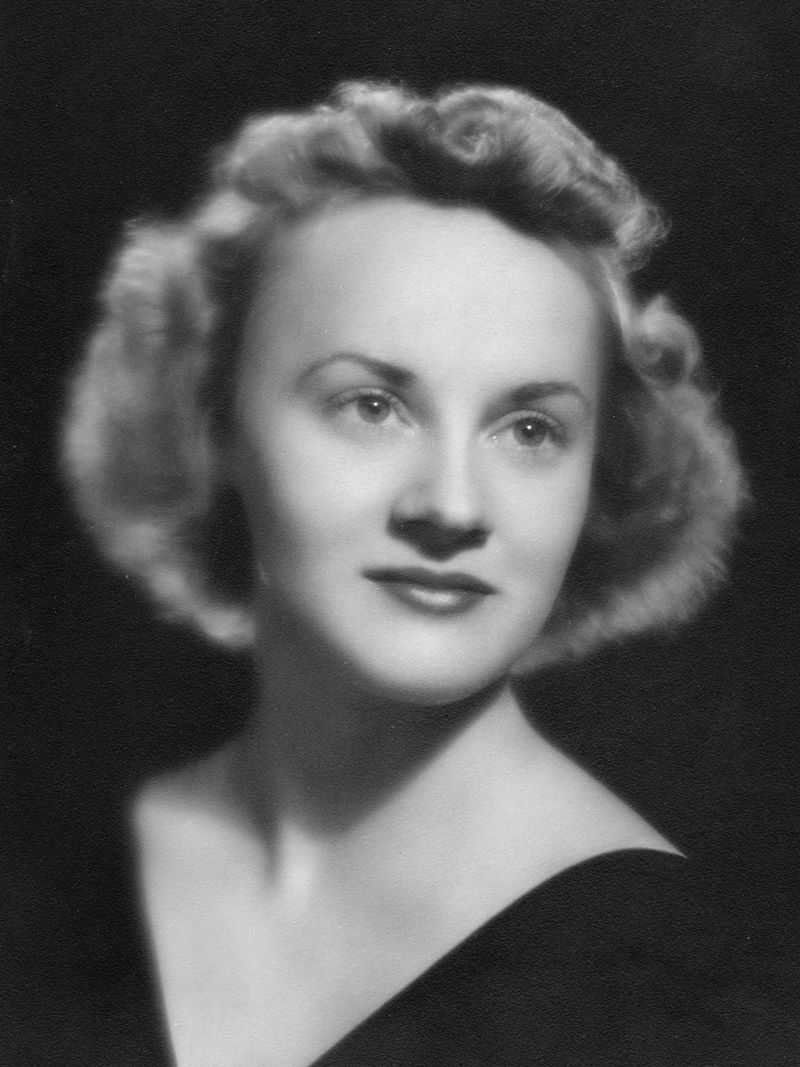 Jessie-Louise (Settle) Dunn Jones affectionately known as “Jessie-Lou” and “Jet,” of Concord MA, passed away on Friday, October 8, 2010 at the age of 92. Born in Boston on June 21, 1918 to parents Howard Settle and Frances (Barber) Settle of Cambridge MA, she grew up in Cambridge and Berne NY. She graduated from the Cambridge School of Weston, and after matriculating at the University of Wisconsin and Radcliffe College, she completed a degree in Fashion Design at the Tobe-Coburn School in New York City.

On December 27, 1940 Jessie-Lou married Edward Dunn of Wellesley Hills; they resided and raised four children in Gardner and Duxbury MA. After her husband’s death in 1977, she moved to Westminster MA, and in 1983 she married George Jones II of Concord, who predeceased her in 1999.

Jessie-Lou studied silversmithing with Master Craftsmen Herman Glendenning and George Erickson of Gardner MA, and designed and crafted hand wrought sterling jewelry for many years. She also enjoyed painting with pastel and oils, and showed her work in area exhibits. Jessie-Lou loved to travel - the ocean in general and Greece in particular were favorite destinations. She also visited family members in China several times, circling the globe on at least one occasion. An avid reader, she enjoyed classical music, fine art and gardening – and was particularly talented in the cultivation of orchids and gardenias.

In lieu of flowers the family suggests donations be sent in memory of Jet Dunn to:
The Fitchburg Art Museum
25 Merriam Street
Fitchburg MA 01420.