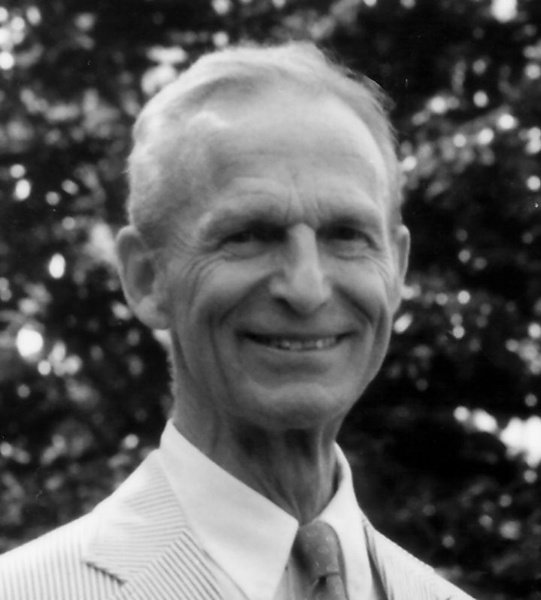 John A. Carley, age 97 of Lincoln passed away on Thursday, June 16, 2011 in his home with his family by his side. He was the husband of Joan (Keir) Carley.

Born in Sharon, Pennsylvania on May 26, 1914 he was the son of the late Glenn and Clara (McDowell) Carley. Raised and educated in Sharon, he graduated from Sharon High School (’31) then attended Deerfield Academy (’32), and upon graduation attended Harvard College in Cambridge (‘36)

After college he worked for a year as a copywriter for Time Magazine in New York. In 1937 when Life Magazine was launched, he joined their promotion department where he worked for several years. In 1940 he took a job as a Sales Engineer for a New York manufacturer’s agent until WWII broke out.

Mr. Carley enlisted in the United States Army in 1941 and served in the Pacific, participating in the battle of Guadalcanal and in several sensitive information-gathering assignments behind enemy lines. He earned Bronze and Silver Stars, and was discharged from the Army as a Major in 1945.

Following the war he began his career as a teacher, first at Shady Hill School in Cambridge, then in the Lincoln (MA) Public Schools, where he taught the sixth through eighth grades until 1950. During this time he developed a strong bond with the town and its residents. He continued to live in Lincoln as he changed careers and worked first at M.I.T.’s Lincoln Labs, then as a Personnel Administrator at M.I.T. in Cambridge. He remained at M.I.T. until his retirement in 1976.
While at M.I.T. he met Joan Keir, who was also working in the Personnel Department. They married in 1953 and settled in Lincoln where together they raised four children.

During his spare time Mr. Carley enjoyed writing, traveling, building stone walls, working with various civic, church and land conservation groups, and spending time with his family both in Lincoln and at their summer home in Wolfeboro, NH.
He is survived by his children, David G. Carley and his wife Margie of York, ME, Thomas K. Carley and his wife Alissa Churchill of New York, NY, Malcolm M. Carley and his wife Hellie Swartwood of Harvard and Ann A. Carley and her husband John Dimitriou of Stow. He is also survived by nine grandchildren.

Proud to be family owned, operate and occupied since 1936