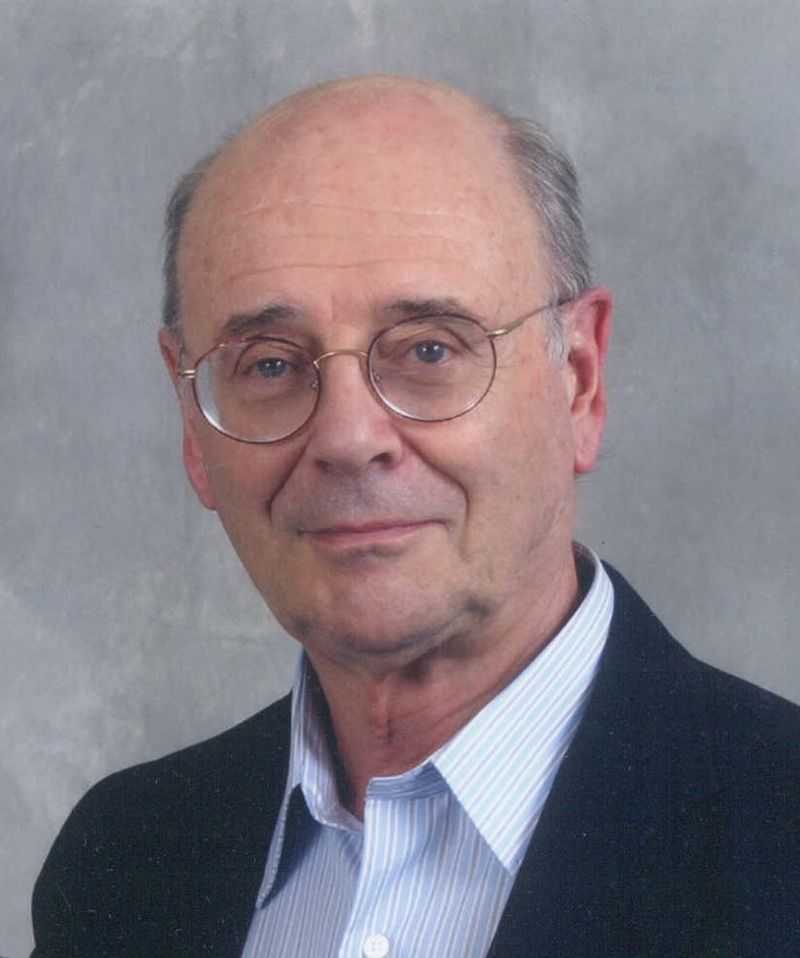 John Cushing Esty, Jr., an educator and foundation executive who spearheaded a number of national reform movements, died on October 22nd in Concord, Massachusetts, from complications related to a series of strokes. He was 87.

Mr. Esty was known as an education modernizer who helped shift the prevailing practice of private independent schools and private colleges from single sex to coeducational, first as headmaster of the Taft School in Watertown, Connecticut and later as President of the National Association of Independent Schools (NAIS) and as a trustee of Amherst College. He also pushed to bring diversity to these elite institutions, becoming a prominent voice for the inclusion of women and people of color into educational and leadership opportunities of all kinds.

After serving in the Air Force, Mr. Esty began his career as a dean at Amherst College. In 1963, he was named headmaster of the Taft School where he led the drive to admit girls and updated the curriculum to include an innovative independent studies program. Willy MacMullen, Taft's current headmaster, observed: "with his boldness and his restless intellect, John Esty took a school of the 1950s and ushered it into the modern era. A product of several great and traditional schools (Deerfield, Amherst, and Yale), John was a non-traditional thinker."

Lance Odden, Mr. Esty's immediate successor as head of Taft, noted: ""John was the profound mentor who changed the course of my life. He brought farsighted vision and a wonderful sense of humor, so necessary in the tumultuous 1960s . . . that Taft is a great school today is testimony to his transformational leadership in difficult times."

Mr. Esty helped launch and served as board chair of A Better Chance (ABC), a nonprofit organization dedicated to increasing access to independent schools for African Americans and other students of color. Former Massachusetts Governor Deval Patrick, a graduate of Milton Academy, was among hundreds of minority students who attended private schools under the ABC initiative. Other independent schools picked up the commitment to diversity including the Punahou School in Honolulu, Hawaii, from which Barack Obama graduated in 1979.

In the early 1970s, as a young trustee at Amherst College, Mr. Esty pushed for coeducation and a broader social mission for elite liberal arts colleges.

After leaving Taft in 1972, Mr. Esty switched gears to work in the philanthropic world as a grant-maker and educational program officer at the Rockefeller Brothers Fund in New York. "John's capacity for and commitment to friendship made him a hero to those of us privileged to have worked for him and with him," said William Dietel, former president of the Rockefeller Brothers Fund. "His thoughtfulness and generosity of spirit were balanced by an astute ability to gauge character and an innate honesty." Moving between the worlds of nonprofit organizations, higher education, and secondary schools, Mr. Esty developed a national profile as a writer, thinker, and reformer on educational issues.

In 1978, Mr. Esty was appointed president of the National Association of Independent Schools. There he sought to re-energize a traditional organization and to respond to the national challenges facing both public and private schools in the 1980s. His brother Peter Esty said: "As President of NAIS, John led scores of independent schools in bringing racial, ethnic, and socioeconomic diversity to their enrollments, broadening their profiles, and expanding their reputation beyond the old elite labels."

Mr. Esty also helped launch, and served as a founding board member for, the Recruiting New Teachers initiative, a national public service advertising campaign designed to rebuild the teaching ranks. This campaign in the 1980s helped pave the way for successor organizations such as Teach for America.

After his retirement from NAIS, Esty taught the course "Strategies for Institutional Change" to public school administrators at the University of Massachusetts.

In recent years, Mr. Esty worked closely with Fenway High School, a Boston pilot school with more than 90% minority enrollment. According to Peggy Kemp, the head of Fenway, Mr. Esty's "wisdom and warmth, his kindness to all, and his passion for bringing great education to young people of limited means, were an inspiration to teachers, students, and administrators." Dick Belin, a colleague on the Fenway School Development Committee, said that Mr. Esty "spent countless hours over the last twenty years of his life volunteering at Fenway. The school's endowed fund that has enabled skilled college counseling for hundreds of Fenway students, most of whom are the first in their families to attend college, is named in his honor: the John C. Esty Jr. College Advisory Fund."

Mr. Esty was known as a gifted writer and public speaker, and a committed, sometimes irreverent, executive who excelled at leading organizations to, and through, real change. In the late 1950s and early 1960s, as military-services advisor at Amherst College, he wrote several widely-read articles in The Nation and the New York Times aimed at rethinking the military draft process for American college students. He was the author of Choosing a Private School (Dodd, Mead, 1974) and many editorials and essays on school issues ranging from tuition tax credits for private schools and the voucher movement to public and private school collaboration and the future of the teaching profession.

Mr. Esty served as a trustee or advisor to dozens of school and foundation boards, including Amherst College, Camp Agawam in Raymond, Maine, Robert College in Istanbul, Turkey, the Harlem Ministers Conference, the National Center for Nonprofit Boards, and the Charles Hayden Foundation. He was a longtime member of the Century Association in New York.

Mr. Esty was born on August 9, 1928, in White Plains, New York to John Cushing Esty and Virginia Place Esty. His father was an advertising executive in New York, then an apple grower and furniture maker in Amherst, Mass. The Esty family has been in New England since the 1600s and includes Mary Towne Esty, who was hanged in Salem on charges of witchcraft in 1692. Mr. Esty was educated in the Chappaqua, NY public schools, then at Deerfield Academy, before earning degrees at Amherst College and Yale. At Amherst, Mr. Esty was a member of the soccer team and the Double Quartet singing group. He served as a First Lieutenant in the U.S. Air Force from 1951-53 and then as a Captain in the reserves until 1958. In 1959-60, Mr. Esty did graduate work at UC Berkeley in the History of Science. He was awarded an honorary doctorate from Amherst College in 1970 for pioneering work in education.

A resident of Concord, MA since 1972, he was a dedicated town citizen, having served over the years as an elected school committee member; board chair for a local philanthropic group, the Greeley Foundation for Peace and Justice; as an enthusiastic tenor in the Concord Chorus; as an avid participant in a retired men's ping pong club; a corporator of Emerson Hospital; a devoted member of the First Parish Unitarian church; and a longtime member of the Concord Social Circle, a civic issues group dating back to the 1780s.

Known for his antic wit and curious mind, Mr. Esty studied mathematics and astronomy, built radios, made home-pressed cider for family and friends, and always shopped at independent stores in Concord to support local entrepreneurs. He enjoyed singing, reading, writing, gardening, and traveling with his wife and family.

Mr. Esty was a beloved husband, father, grandfather, brother, and friend with an unusual gift for music, magic, and merriment. He had a special capacity to connect with people from all walks of life, especially children. "My father was one of those miraculous, multi-talented people whose skills appear to come as if from nowhere: he could pick up musical instruments and new languages with ease; he could fix engines and charm dogs; he was as happy on the floor doing card tricks for his grandchildren as he was testifying before Congress on educational policy," notes his son Jed Esty.

Mr. Esty is survived by his wife of 60 years, Katharine Esty, their four sons, Dan (and Elizabeth, of Cheshire, CT), Paul (and Vanda, of Carteret, NJ), Ben (and Raquel Leder, of Lexington, MA), and Jed (and Andrea Goulet, of Swarthmore, PA). He is also survived by his brothers David and Peter, and by ten grandchildren: Sarah, Thomas, Jonathan, Marc, Julie, Victor, Aliya, Asher, Jonah, and Maya Esty.

Concord's town flag will fly at half-staff on Saturday, November 14th in honor of Mr. Esty's service to his county in the United States Air Force.