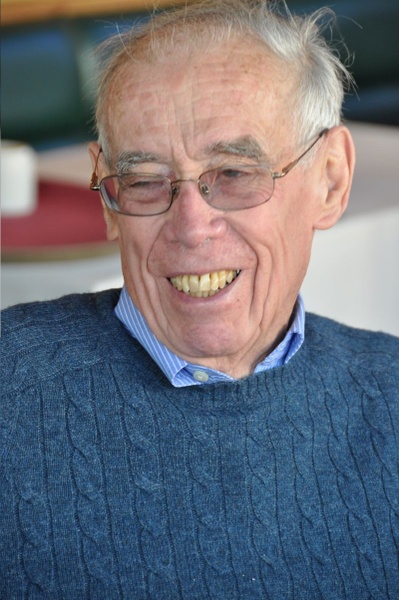 John K (Jack)Mullaney, age 95, of Concord, passed away at the Residence at Watertown on Oct. 25, 2018. He was the husband of the late Ruth A. Quigley, Father of Matthew and Anne Mullaney of Concord and John of Newton. Grandfather of Sydney and Kendall Mullaney. Brother of the late Sister Jean Mullaney of New York, Son of the late Francis (Kevlin) and John J. Mullaney. Jack was the former Television Research Director at Fox25 in Boston retiring in 1991. Prior to that he worked at WNEV, WBZ-TV, WNAC-TV and WEEI Radio. He served in the U.S. Army in the European and Pacific Theaters in World War II. A graduate of Boston University School of Communications, he had also attended Worcester Polytechnic Institute before the war. Later, he taught broadcasting classes at both Boston University and Northeastern University. Jack was a drummer and an avid Jazz fan. In his younger days he saw many of the pioneers of Jazz music. He also liked auto racing, traveling with his family to see Formula1 and SCCA events. For a brief period, he even belonged to a local auto club and participated in some small events.

Jack was born and raised in Gardner Ma. - A city that he was always very fond of. He raised his family in West Concord, a small town yet easy commute to Boston. Jack passed Monday at the age of 94 he will be missed by many.

Family and friends will gather to honor and remember Jack on Wednesday, November 7, 2018 from 4:00 to 7:00 p.m. at Concord Funeral Home, 74 Belknap St., Concord.
Interment private.