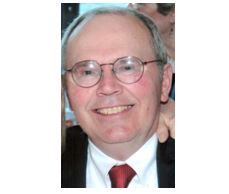 John was the son of the late Shirley and Norman Northrup of Lynnfield, Massachusetts. He is survived by his wife Melissa; children, Matthew Siska and his wife Stephany Siska, Andrew Northrup & John W. Northrup; sister, Jean Northrup Burditt and her husband Frederic Burditt; and grandchildren, Mailey and Brynn.

John leaves a legacy of love for his family and community. Although his family always came first, he also volunteered countless hours to coaching many young AB athletes. He exemplified all the qualities of a great coach: sportsmanship, passion and knowledge of sports.

John was a graduate of Salem State University in 1972 where he received a Bachelor's Degree in English and was a member of the tennis team. He began his career as a tennis teaching pro where he met his wife, Melissa. They were married for 29 years. He later transitioned into a successful 30 year career at Fred C. Church Insurance rising to become a Vice President widely respected for his integrity and dedication to his customers.

John was an avid golfer, tennis player and animal lover. His favorite pastimes were coaching and cheering on his boys at sporting events. He loved all family events including birthday parties and yearly vacations.

A funeral service will be held at 2:00 pm this Saturday, May 18th, 2013 at the Boxborough United Church of Christ 723 Massachusetts Avenue, followed by a celebration of his life at the Concord Country Club, 246 Old Road to Nine Acre Corner at 3:00 pm the same day.