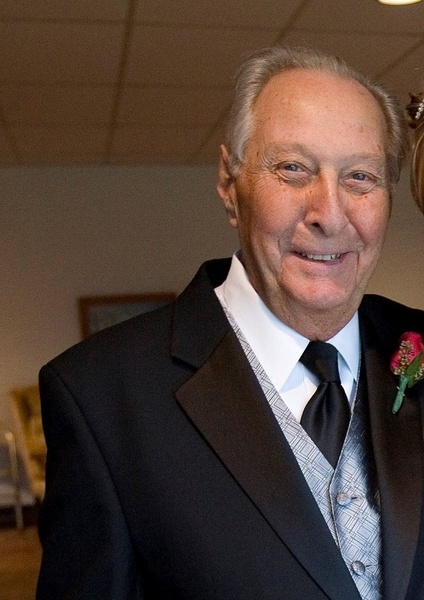 John P. "Jack" Palazzo of Riviera Beach, FL passed away on Saturday, December 4, 2021, at Lahey Clinic Hospital in Burlington, MA at the age of 97. He was the husband of the late Ellen A. (Kelly) Palazzo.

Born in Lyndhurst NJ on November 13, 1924, he was the son of the late John D. and Marguerite J. (Straub) Palazzo. Jack graduated from Lyndhurst High School in June 1941 and enlisted in the United States Army Air Corps in March 1943 where he proudly served his country during WWII training fighter pilots. Jack and Ellen married in 1951, moved to New Milford NJ in 1956 and then to Oradell NJ in 1967 as they raised their three children.

Jack initially worked in the shoe industry before buying into the ownership of Miss America Originals in 1964 where he worked until his retirement designing, manufacturing, and selling costumes for the dance and the fashion industry.

Jack had a wonderful zest for life. He enjoyed bowling, playing bridge, golf, model railroading and traveling throughout the United States and other countries.

Services and burial at George Washington Memorial Cemetery, Paramus, NJ will be private.

Donations in his memory may be made to: