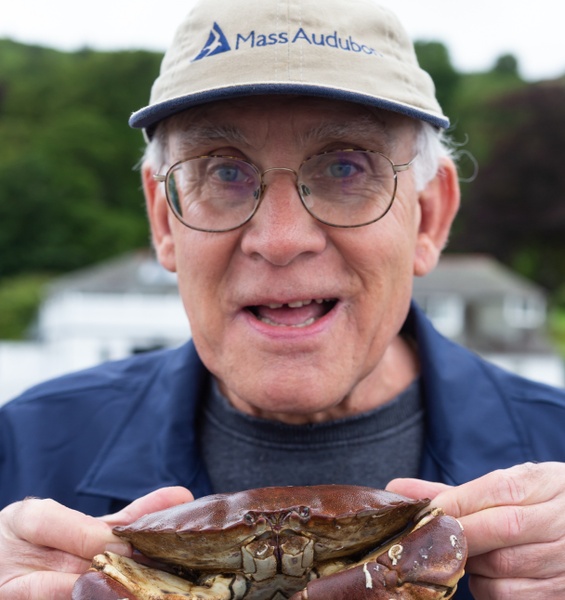 John Robert Seybold, 76, of Concord, MA passed away peacefully in bed at his home on Sunday May 18, 2022. He was the loving husband of 38 years to Eugenia Bresnan Seybold, who passed away from brain cancer in November 2012.

John was born in Chicago, IL, the son of the late Ida Lemke and John Sebastion Seybold, and the brother of the late Madeline Seybold Reyer. As a child, John discovered a love of learning, nature, writing, and exploring the universe within and above him. He would pursue these interests for the rest of his life.

John left Chicago in 1957 to attend Elgin Academy in Elgin, IL, for grades 7 and 8, and then he went to Phillips Exeter Academy in Exeter, NH, for high school. After graduating from Exeter in 1963, John went to Columbia University in New York city and graduated with a BA in English Literature in 1967. He left for two years of travel through the Near East and Europe with Genie Bresnan in 1971. Their adventures took them to the island of Paros in the Greek Cyclades, the villages of Avcilar and Bodrum in Turkey, and Herat and Kabul in Afghanistan. After returning to the US they went on the biggest journey of all and were married in February 1974. They honeymooned and then stayed in New Orleans, and welcomed Liza Maine Seybold that November.

The young family moved to Chicago in 1976 where John attended the University of Chicago for graduate school in Near Eastern Studies. Molly Cary Seybold was born in March 1979. John received his MA in 1980 and was accepted into the U of C PhD program.

In September of 1980 the family relocated to Sudbury, MA, with John working first as a ranger at Walden State Park and then launching into a 31year career as a Technical Writer, first at Prime Computer, and later Hewlett-Packard, Fidelity, and Wolters Kluwer. During John’s career in tech, the family lived in Newburyport for nine years, and then settled in Concord in 1992. Genie passed away in 2012, and John retired in 2014.

In retirement, John delved further into his passionate studies of language, literature, lore, metaphysics, meditation, mindful movement, and mysticism. Liza and Molly would visit with their families or John would travel to them. He spent many holidays with Genie’s Uncle Edward, Aunt Linda, and Cousin Karl Bauer in Vermont. And if he wasn’t in Vermont, he would be celebrating with Rosemary Jenseth, Jim Pepe, the Rose family, and Corinne Shippert and Winslow Martin. John went on outings to Newburyport and Cape Cod with Rosemary and her brother, Michael. He had more visits with his sister Maddy and her family in Chicago. Had dinners with local Exeter friends, Noel Evans and Tom Fitzpatrick, and grilled up a storm with the Meat Dogs - Mike Roberts, Bob Binstock, Bill Carbonneau, George Shaw and Bruce Pardee. He enjoyed fishing and rock piling with Bill Downing, and continued talking literary shop and giving feedback on any draft manuscript from writer friends Mike Sells, James Vink, and Bob Binstock. Genie’s cat, Ollie, became his constant companion and was affectionately nicknamed “Schtumpfer”.

John Robert Seybold lived life with kindness, passion, depth, and wonder. He walked on the earth with thought and gentleness. He was a dear friend to many, a devoted husband, a loving father, and a great relative to have on your family tree. He will be truly missed by friends and family around the world. His daughters Liza and Molly, and his grandchildren, Lola, Miles and Teddy feel honored to carry part of him wherever they go.