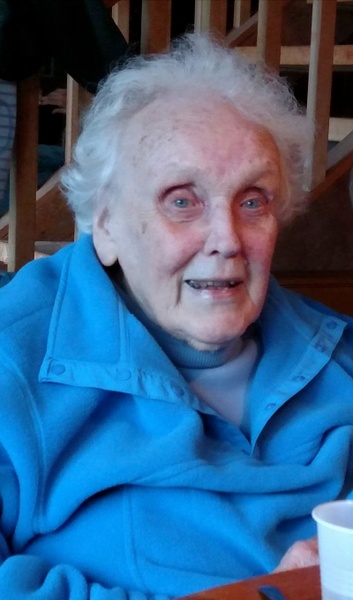 Judith Lindahl Bangs age 88 and long time resident of Carlisle passed away peacefully on Thursday, January 10, 2019 with her loving family by her side. She was the wife of the late Will J. Bangs.

Judith Lindahl was born in Manchester, NH on July 24, 1930 the only daughter of the late Hugo and Marjorie (Mahoney) Lindahl. She was early educated in Manchester, graduating from Manchester Central High School, she later attended and graduated from Wellesley College. At Wellesley she focused her studies on English, Art and Spanish.

Judy and Will married on July 27, 1957 in Manchester, NH and lived in Waltham and Concord before settling in Carlisle. Judy worked in the training department at the First National Bank of Boston, training bank officers and writing their training manual. Once she and her husband moved to Concord, MA, she began a career in teaching where she taught first grade in Acton and later volunteered in the Carlisle Public Schools. She had a lifelong love of painting and studied Chinese brush painting extensively during her adult life. While she painted purely for her own pleasure, she was invited to show her work in a number of art shows. Each year she also designed and painted her own Christmas cards. She also enjoyed making puppets and teddy bears for children treated at Emerson Hospital in Concord and was also a longtime member of the Trinity Episcopal Church in Concord. Judy loved to travel, even after being diagnosed with Multiple Sclerosis. She travelled to Norway, Sweden, Great Britain, Ireland, France and most recently, China. Since childhood, Judy spent her summers in New Hampshire on Stinson Lake. These summers were always the highlight of her year and she especially enjoyed her lunches with "The Ladies of the Lake." Judy especially enjoyed living with her grandchildren, energized by hearing about all of their activities. She appreciated being surrounded by children, always responding with joy when her grandchildren brought their friends to our home and credited these children for keeping her young. When the house was quiet, Judy enjoyed reading mysteries, completing New York Times crossword puzzles, sewing and of course, painting.

She is survived by her daughters, Marjorie Bangs of Belmont, Martha Bangs Haddad and her husband Steven of Carlisle and her three grandchildren, Philip, Marjorie and Matthew Haddad.