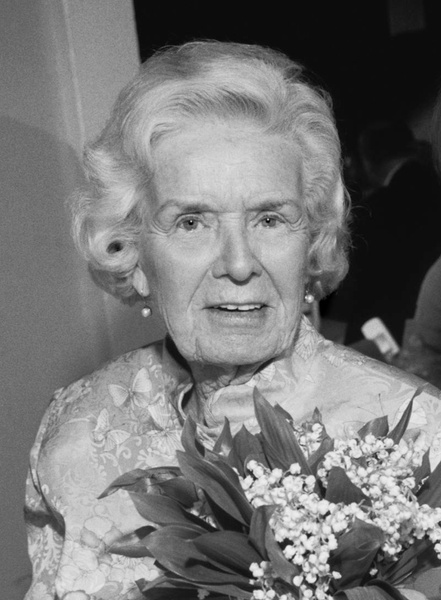 Katharine Day Old passed away on Friday, February 12, 2010 at her home at Fox Hill Village in Westwood, Massachusetts. She was the wife of the late Bruce S. Old who died in 2003.

Born in Newton, Massachusetts on August 18, 1917, she was the daughter of the late Frank Ashley Day and Katharine (Reynolds) Day. She is a graduate of Westover School in Middlebury, Connecticut.

Katharine married in 1939 and settled in Concord where she and her husband raised their children. They remained in Massachusetts summering in Wianno.

Katharine was an extraordinarily talented woman. She was a gifted artist with a deep affinity for fine art and theatre. She had an incredible ability to plant a garden and bring out its best. She was a voracious reader and embraced a vast range of literature – non-fiction, fiction and always The New Yorker. She loved birds and bridge, tennis and golf. A loyal friend to many, she was a devoted member of Trinity Church and was committed to volunteering.

Known as “Bunny” to many and “Gami” to her grandchildren and great- grandchildren, she was an inspiration to her family. She welcomed the generations with warm hugs, genuine interest and fresh cut flowers. She will be remembered for her many acts of kindness and love, her elegance, humility, boundless energy and quick wit.

She was the mother of the late Edward H. Old. She is survived by her children Randolph (Josephine) of Vero Beach, FL, Lansing (Eleanor Bemis) of Concord, Ashlee of Tucson, AZ and Barbara (Arthur) Walker of Concord; her daughter-in-law Vera of Providence, RI; seven grandchildren and seven great-grandchildren; she was the sister of the late Frank A. Day, Jr. and Robert L. Day.

GIFTS IN HER NAME MAY BE MADE TO:
Trinity Episcopal Church
81 Elm Street
Concord, MA 01742