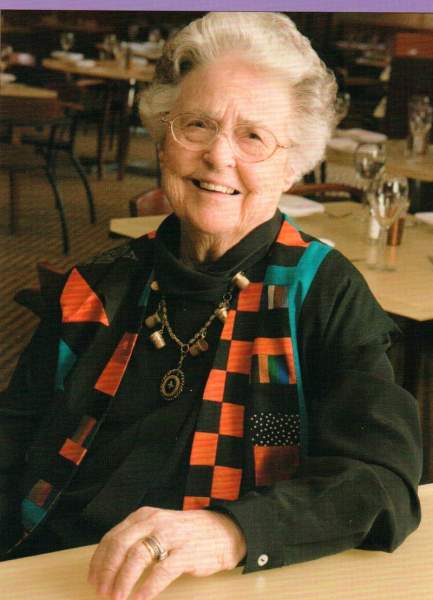 Katharine White, "Grand Lady of Boston", Steward of Land and Pioneer for "Film as an Art Form"

Love of family, film, and independent thinking motivated Katharine Stone White as she strove to conserve open spaces and develop film programs for the greater Boston community. Her steadfast values and belief in a strong education inspired her as her efforts tirelessly expressed these two life-long passions. Katharine (Kitty) Stone White (99), of Concord, Massachusetts and Elmore, Vermont, passed away July 4, 2014, exactly 12 years to the day of the passing of her beloved husband, John Warren White, to whom she was married for just shy of 60 years.

Born in Lexington, Massachusetts, November 5, 1914, she was the daughter of State Senator Edward C. Stone and Katharine Leggett Brooke Stone. She lived the majority of her life in Lincoln, Massachusetts.

Kitty graduated from Emma Willard School and received her bachelor's from Vassar College in 1936. Shortly after graduating, she worked at the Museum of Modern Art. Her love of film was solidified, and throughout her life she helped ensure film be fully recognized alongside other art forms. In the 1950's, the Ladies Committee of the Museum of Fine Arts, Boston approached her about offering film programs. This entree to the MFA, led to her creating the Film Program, developing it to a place of international prominence, and to go on to being Chairman of the Museum's Ladies Committee and serving as a Museum trustee, both active and honorary, for over three decades. During these years of devoted service to the MFA, Kitty left a lasting mark. She was instrumental in forming key patron programs and imaginatively orchestrating many fund raising events. Her organizational leadership inspired the generations that followed her.

Kitty's enthusiasm for all art forms, including the visual arts, literature, music, the crafts, and the performance arts, led to her involvement and support for many artists and institutions, especially in the Boston and Elmore area, and this thrill was imparted to those who knew her.

Because of her life-long commitment to conservation of open space, she served as Chairman of the Lincoln Planning Board, was appointed to the Legislative Committee of the Massachusetts Federation of Planning Boards, was elected President of the Lincoln Historical Society, and was the Lincoln Representative for the National Historical Park Advisory Commission. Her love of the Old North Bridge in Concord lasted throughout her life, and she could be seen strolling from one side to the other well into her 100th year.

Family was the most important part of her life, and she continued to dedicate her time to her loved ones, specifically while spending her vacation time in her home in Elmore, Vermont. Her children number three: Susan White West, of Philadelphia, Pennsylvania, the late John Francis White, and Dr. Patience Haydock White, of Bethesda, Maryland. In addition to her two daughters, her daughter-in-law, Joan Duncan White, of Chatham, New Jersey and her son-in-law, Jonathan Edin Silver, of Bethesda, Maryland survive her. Her seven grandchildren and six great-grandchildren, with one more on the way, were a great joy to her.