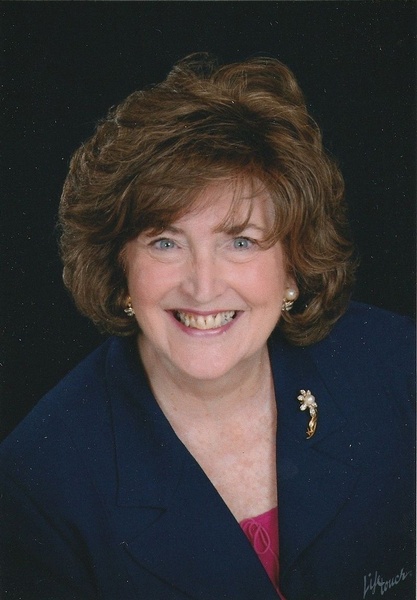 Kathleen B. (Kane) Chamberlain, a resident of Concord and formerly of Acton, died in Concord MA on July 25, 2021 after a fierce battle with multiple illnesses. She was 77. She was the beloved wife of the late Raymond D. Chamberlain whom she married in 1966.

Born in Somerville on November 8, 1943, she was the daughter of the late Chester and Agnes (Finigan) Kane. She grew up in Somerville, MA and attended St. Clements High School. She continued her education at Regis College in Weston MA, where she graduated with a degree in Sociology in 1965. Prior to becoming a homemaker and mother, Kathleen taught English in the Wilmington Public School system.

In her child rearing years, she was an active volunteer at The McCarthy-Towne School, a member of the PTA, an adored Girl Scout leader and additionally, taught part time in the resource room at The Acton Boxborough High School. Kathleen will be remembered as a woman who was devoted to faith, family, friends, children and education. She was a member of The Holy Family Parish in Concord.

She is survived by her sister Eleanor (Kane) McGreevy of West Roxbury, her three children, Karen M. Chamberlain of New Jersey., Stephen A. Chamberlain, his wife Heather and their children Andrew and Emily in Chicago, and Susan D. Chamberlain of Concord.

A private prayer service with Fr. William Robinson, Parochial Vicar from Holy Family Parish was held at the Concord Funeral Home in her honor. Plans for a larger celebration of life to be held this Fall. Kathleen will be laid to rest at Forest Dale Cemetery in Malden, MA.

Donations may be made in her name to:
The Lymphedema Education and Research Network
40 Garvies Point Road, Suite D
Glen Cove, NY 11542
www.lymphaticnetwork.org