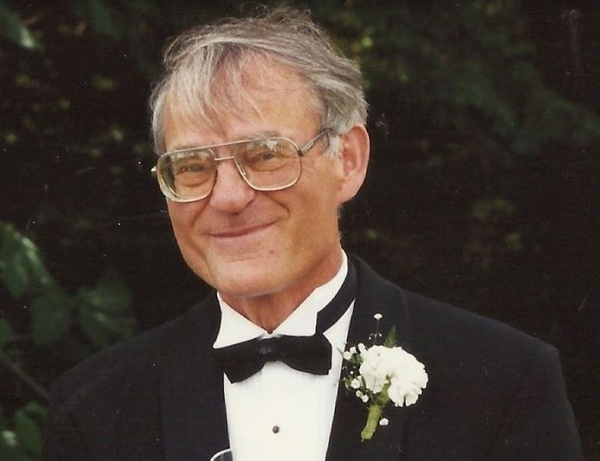 Klaus Kleinschmidt, age 86, of Concord, MA passed away on Friday, April 2, 2021. Born in Bremen, Germany on August 10, 1934, he was the only child of Fritz and Meta(Block) Kleinschmidt. After living through World War II as a child Jewish descent, in Germany, he and his parents emigrated to America. As part of President Truman's order to bring holocaust survivors and other refugees of the war to the U.S., they traveled on the S.S. Marine Flasher, leaving Germany on July 24, 1947 and arriving in New York City on August 2. They eventually lived in Stamford Connecticut where he graduated from high school in 1953. Klaus went to college at Massachusetts Institute of Technology (MIT) and graduated in 1957 with a bachelor's degree in electrical engineering. As a result of a professor's influence, he took an interest in acoustics and went into a career in acoustical engineering. It was in Cambridge, MA that he met Jean (Ford) Kleinschmidt and they were married in 1962. Klaus worked for Cambridge Acoustical Associates for much of his career, doing noise abatement on many public and private projects. Based on his work there, he invented and patented sound absorption concrete building blocks which were used in many building structures world wide.

Klaus had a life-long love of nature and the outdoors. From his days with the MIT outdoors club, to building a cabin with Jean in the woods of Vermont, taking his kids hiking around the White Mountains of New Hampshire, to skiing, sailing, bee keeping, kayaking, learning to snowboard at age 60, summiting Mount Rainier on his 66th birthday, and skydiving on his 80th birthday.

Klaus remarried in 1995 to Carol Fieleke of Winchester, Ma. They enjoyed their years together traveling to numerous countries and sharing a love of music. They brought much joy to both sides of their familie's children and grandchildren.

Klaus was a gentle, peace-loving, friendly, and fun-loving soul. He was loved by his family and had many friends from Newbury Court in Concord. At Newbury Court, he was involved in many groups which benefited the residents of Newbury Court including the woodshop committee, the climate initiative group, the German group (which he started), the drumming group, the play reading group, the building advisory group, the health and safety committee, the building systems advisory group, the annual talent show, and arranging for a pool table to be set up for the residents. He also was an active member of the Concord Area Humanist, as well as a member of the Boston mycological (mushroom) club. He had a love of music, plants and trees, folk dancing, and his cat Daisy.

In Lieu of flowers, Klaus would love you to support two organizations that he was fond of: American Humanist Association - https://americanhumanist.org/
and Mass Audubon - https://www.massaudubon.org/