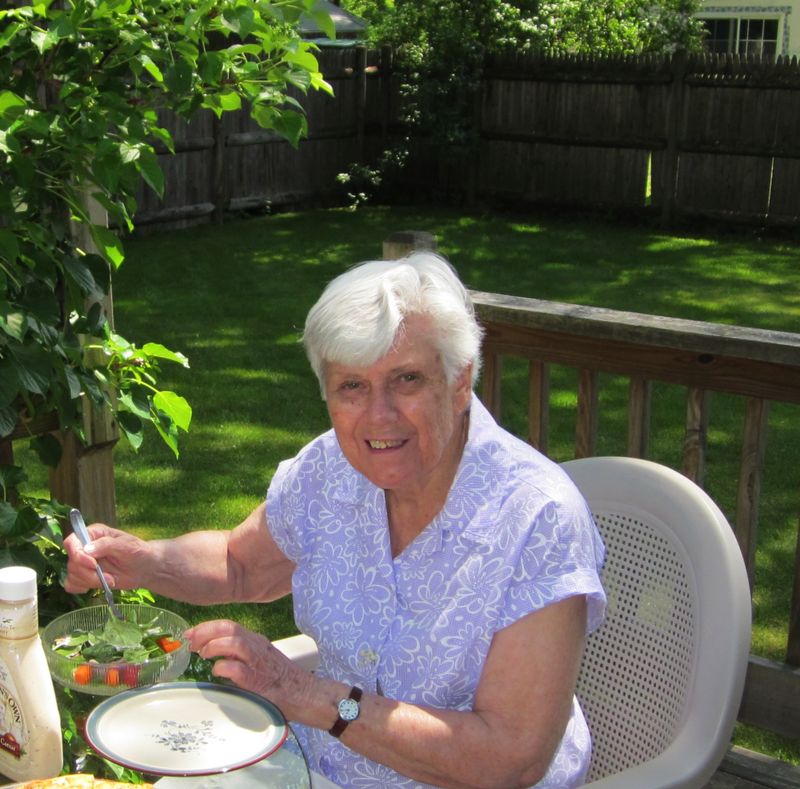 Laura E. "Betty" (MacLalan) Murray age 91 of Acton passed away peacefully on Tuesday, December 8, 2015 at the Westford House in Westford. She was the wife of the late Alan Robert Murray who passed away in 1966.

Born in Boston on May 12, 1924 she was the daughter of the late Frederick and Elsie (Campbell) MacLalan.

Betty was raised and educated on Prince Edward Island, Canada. She graduated from The Charlottetown School of Nursing in 1946 and moved to Massachusetts. She met her husband Alan and on August 18, 1948 they married and soon settled in Acton. Betty worked as a nurse at Emerson Hospital for many years and then Acton Medical Center. In 1976 she moved to Colorado Springs where she continued her work in nursing and retired from the Penrose Hospital. In 1998 she returned home to Acton.

She enjoyed swimming, skiing, hiking and spending time with her family and friends. After retiring she volunteered her time at both Compassion in Colorado Springs and Vision New England in Acton. She was a devout Christian and was involved in many church activities. She is a breast cancer survivor. Her smile and gentle demeanor was admired and cherished by all who knew her.

Gifts in her memory may be made to
American Cancer Society
30 Speen St.
Framingham, MA 01701.