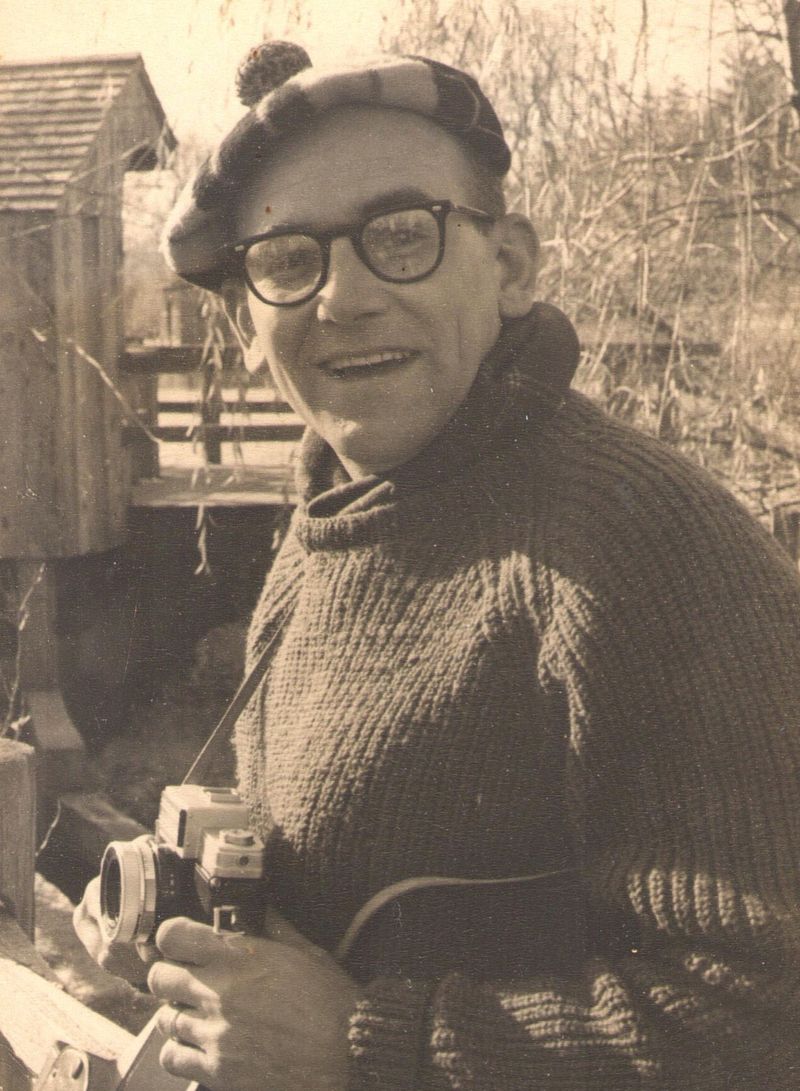 Laurence W. Zuelke age 84 and long time resident of Lincoln passed away Tuesday, December 1, 2015 at the Chestnut Hill Benevolent Association. Born on November 3, 1931 in Oak Park, Illinois, he was the son of the late Fred H. and Nancy (Close) Zuelke. Larry graduated from Proviso High School in 1950 where he was a member of the swim team. Following graduation he enlisted in the United States Marine Corps serving in the Korean Conflict. In 1958 he graduated with honors from the University of Illinois with a Bachelors of Arts degree in Landscape Architecture. He received his Masters degree in Landscape Architecture from Harvard University Graduate School of Design in 1959.

Larry married Nancy Augustus in 1957 and they have been happily married for the past 58 years, more than 50 of which living in Lincoln. As a wedding present to each other they purchased a 1957 VW bug which Larry since restored and enjoyed driving.

Larry had a long and distinguished career working for The Architects Collaborative (TAC) in Cambridge, Massachusetts for 28 years and in private practice until 2010. For TAC he worked on many schools, the University of Baghdad, parks, housing, and resorts in the United States, Greece and the Middle East. In his private practice he designed many residences, the Open Space Plan for the Maynard Conservation Commission, a master plan for Bentley University, and Chestnut Hill Benevolent Association. He also taught and inspired young landscape architects as a visiting professor at Purdue University and the University of Illinois and was faculty with the Samath Project in India. He was also a visiting critic at various Universities.

He was a member of the Boston Society of Landscape Architects (BSLA) and the American Society of Landscape Architects (ASLA), elected as a Fellow in 1988. Larry was also a director of the Massachusetts Audubon Society (70s-87) and the Massachusetts Association of Olmsted parks (1985-1987), and Harvard Graduate School of Design Alumni Council (1985-1987). From ASLA Larry received an Award of Merit in 1958 and an Honor Award in 1967. In 1986 he received an Honor Award from BSLA for St. Charles Church, Woburn.

Larry loved the outdoors and traveling, going to exciting places around the world. His pastimes took the forms of skiing, hiking, and gardening. He was an artist, working with metal, noted for his fish sculptures. His work is displayed across the United States and Germany. He also shared a passion for history and participated in many Revolutionary War reenactments with the Lincoln Minutemen. He was captain a number of times including one of their most important events, the inaugural parade for President Clinton. He was an active member of the Christian Science church in Concord and had served on its board as well as first reader.

Larry was a gentle loving man, loved by all. He is survived by his wife, Nancy, his children, Karl Zuelke of Natick, Karen Pyne and Lynn Mayo both of Fairbanks, Alaska, grandchildren Leah Pyne, Gail Pyne, Katrina Zuelke, Elizabeth Zuelke, Victoria Zuelke, Jesse Mayo, Laura Mayo and Amy Mayo, brother David Zuelke and sister Mary Bayne both of Michigan. He was the brother of the late Richard Zuelke.

Services and interment will be private.

Donations in his memory may be made to a non-profit organization of your choice.