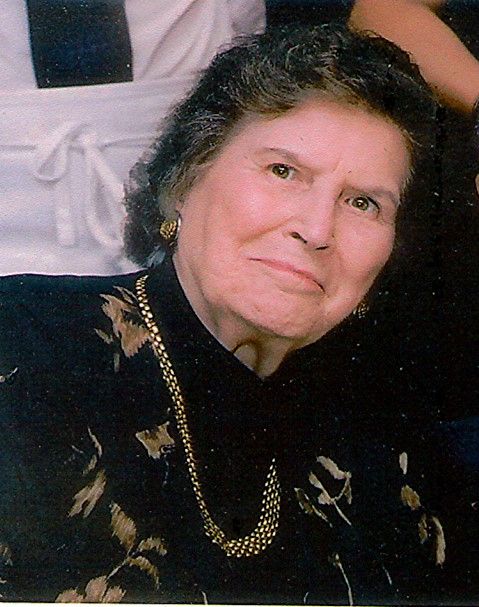 M. Lois Blair passed away February 13, 2015 at the age of 92. She was born July 24, 1922 in New Providence, New Jersey. She was the daughter of the late Margaret Grey and Benjamin F. Griffiths. She leaves her loving son Charles R. Blair and his wife Patricia of Concord, Massachusetts and is predeceased by her brothers Benjamin and Charles Griffiths and sisters Dorothy Byrnes, and Irene Van Gelder. Lois is survived by her loving grandchildren Lance Blair and his wife Marla of Decatur Georgia, Robert James Bruneau and his wife Kerri, of Concord MA, Heather Berlin and her husband Robert of Boxborough, MA, Nicole Shapiro and her husband Steve of Pittsburgh, PA, and John-Paul Bruneau and his wife Heather of Hingham, MA. In addition Lois leaves 10 loving great grandchildren who absolutely adored her: Lilah, Skylar, Tyler, Ellery, Ruby, Parker, Presley, Charlotte, Mason and Payden as well as numerous nieces and nephews.

Lois graduated from Melrose High School in MA, where she was a star athlete. She joined the Navy in WWII as a Wave and was stationed in Norfolk Virginia.

Upon returning from WWII Lois began working as a Bookkeeper for a Construction company, later for Kenmore Research and ultimately She and her business partner Jack Cadigan founded Cambridge Valve and Fitting in New England where she held the position of Executive Vice President for 55 years and retired at the age of 86.

In 1958 Lois and her son moved to Concord MA. During her residence in Concord, Lois was a longtime supporter and donor of CCHS Athletics and the High School Band. In 1985 Lois moved to Chelmsford MA, and later to Nashua, N.H.

In 1978 she purchased a home on Lake Winnipesaukee where she would spend her weekends. She enjoyed skiing, boating and swimming and would always have a house filled with grandchildren and her pets.

Services to be announced

Gifts in Lois's memory may be made to:
The Wounded Warrior Project
150 Cambridge Park Drive, Suite 202,
Cambridge, MA 02140
www.woundedwarriorproject.org.
or
Carry The Load
P.O. Box 261904
Plano, TX 75026
www.carrytheload.org
For the benefit of wounded, military, law enforcement, firefighters and rescue personnel.