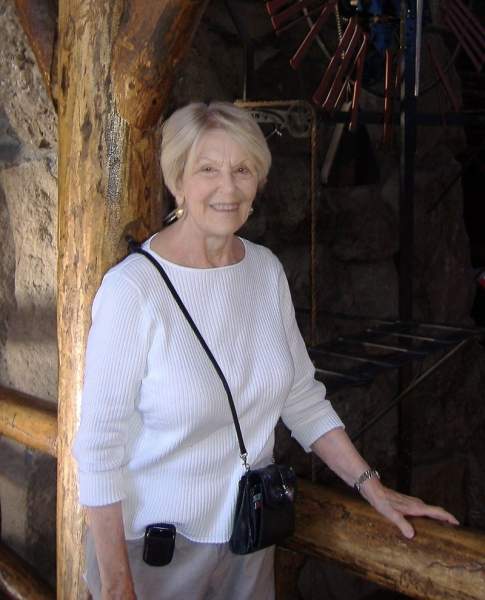 Madalyn Cain Wejman age 94 of Acton passed away peacefully on October 9, 2020. She was so very much loved by her children, Pam, John (deceased), Heidi, and Winifred, as well as her grandsons, Stefan and Alexander. Her sons-in-law, Jamal and Jim share this loss as well.

She was born February 16, 1926 in the family home in Melrose, Massachuetts and was the youngest child of John E. Cain and Winifred Howell Cain. She was the sister of Robert, John and Patricia, all of whom passed before her.

Madalyn grew up in Melrose, where she attended school until heading to Emmanuel College in Boston. Her childhood playmates Norma, Priscilla and Harriet remained lifelong friends whom she reconnected with when she moved to Acton 47 years ago.

At Emmanuel College, she met the love of her life, Eugene Edward Wejman, who was an engineering student at the Massachusetts Institute of Technology (M.I.T). Madalyn knew he was the man for her almost immediately, and they were married on December 8, 1947. They shared a beautiful life filled with family and travels across the world until Eugene's death in 2002.

Madalyn was very active during the beginning of her marriage as a mother to four and with a series of relocations around the country resulting from Eugene's job promotions at General Electric. In 1966, they returned to Boston, after Eugene was asked to join (and later became President of) the family business, The John E. Cain Company. It was also an opportunity for Madalyn to be close to her mother Winifred, whom they moved next door to in Boston's Back Bay. It was during this time that Madalyn obtained a Masters in Child Development from Boston University and spent time counseling disadvantaged children. She was a devoted daughter, always checking in on her mother. Madalyn also loved and looked after her older sister Patricia as well.

In 1973 Madalyn and Eugene built a house in Acton where they would live for their remaining years. Always adventurous and curious, Madalyn became very interested in antiques and started trading American quilts with her partner, childhood friend Harriet Bridges. They specialized in those from Amish Countries and through the years cultivated an exclusive celebrity clientele who sought out their unique pieces. As an avid reader throughout her life, she was also a regular fixture at the Acton Memorial Library, always checking out several books at a time. When her eyesight failed her later in life, she continued to follow her passion by listening to audio books.

Madalyn's greatest qualities were her kindness and generosity. Those whom she looked after when they were sick often felt she had healing hands. She gave of herself, as well as materially, without a second thought. She also had an unflappable sense of humor, which she claimed she inherited from her Irish side, her father John. She inevitably had a comical or wry comment to make, even in her gravest moments of illness. It's for these reasons that her daughters and grandchildren considered it an honor to care for her in her last years, as her strength and resilience began to diminish.

She loved her husband, children, and thoroughly enjoyed her grandchildren. She liked nothing better than spending time together as a family. We loved her so much and miss her already.

The family is having a private burial.

The family requests that for those who would like to honor Madalyn's life to please send a donation to:
Acton Memorial Public Library
460 Main Street
Acton, MA 01720