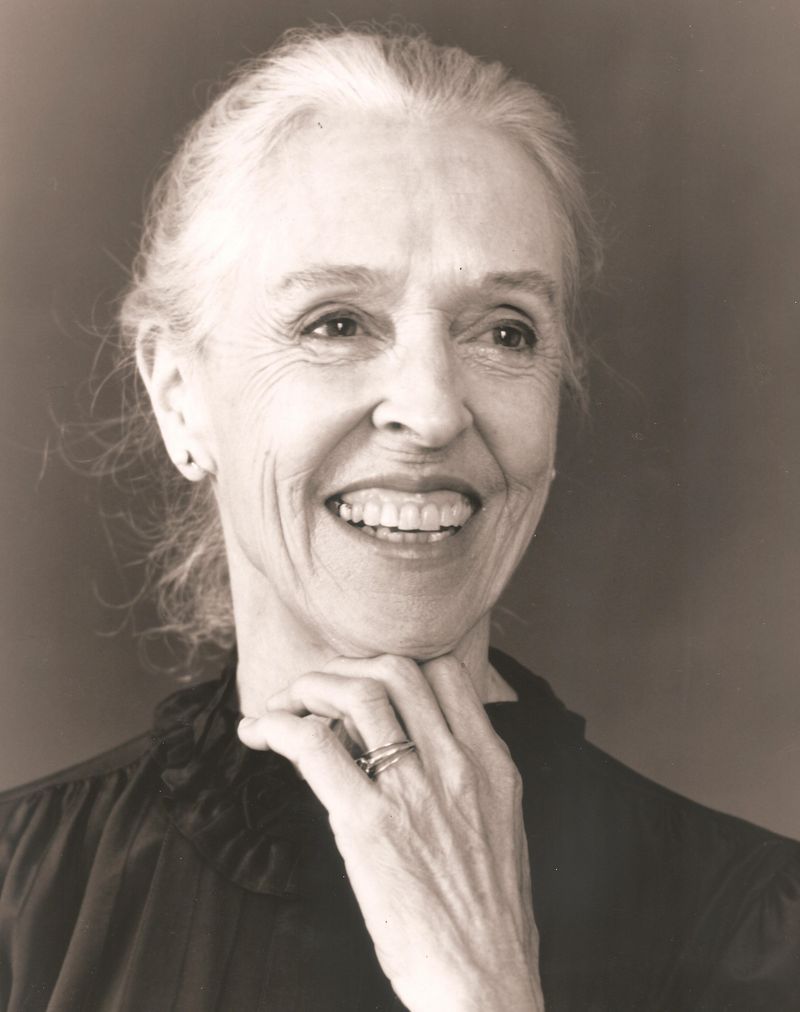 Madelyn Phillips O’Neil, actress, dancer and teacher for over forty years, died on Thursday, May 26th at her home at Carleton-Willard Village in Bedford, Massachusetts. She was ninety-eight.

Madelyn grew up in Wenham, Massachusetts, where as a young child she developed a love of performance singing duets seated at the piano with her mother, a concert singer. After attending St. Timothys School and Smith College, she studied at the American Academy of Dramatic Arts in New York City. She joined The Barnstormers, a summer stock company in Tamworth, New Hampshire, was briefly a fashion model in New York, and played a small role in Leslie Howard’s epic performance of Hamlet.

In 1939 she met Horton O’Neil, an architect who was then working as a set designer for Jo Mielziner in New York; they were married in 1940. Mr. O’Neil had just finished a three-year project building a marble amphitheater on his family’s land in Cos Cob, CT. During the war they relocated to Cape Elizabeth, Maine where Mr. O’Neil was a ship designer and instructor. When they returned to Cos Cob with two young children, Madelyn began her study of modern dance, first with Martha Graham, later with Daniel Nagrin, Lucas Hoving and Joyce Tisler. She performed locally with a small dance group and taught dance at Greenwich Academy for ten years. During these years, the amphitheater, by then fitted out with night lighting, was the setting for annual spring performances by the Greenwich Academy Dance Club, and later a benefit performance by the Jose Limon Dance Company.

In the 1970’s, with four colleagues, Madelyn formed a theatrical group called “The Pocket People.” For several years they performed traditional and original stories for children at schools in the Greenwich area. Madelyn went on to play leading roles in community theaters including the Kweskin Theater in Stamford, the Cameo Theater in Old Greenwich, and at the Hartman Theater Company. At the same time, “The Pocket People” began reading women’s poetry together; they edited and shaped the material into theatrical readings, changed their name to “Women’s Voices,” and performed at many local venues as well as at Smith College and Princeton University.

In 1988, Madelyn received the Artist Laureate Award from The Greenwich Arts Council for her years of contributions to the arts in dance and theater, as a teacher, a performer, and a mentor.

Born in 1912, Madelyn was the daughter of John C. Phillips and Eleanor Hyde Phillips. From her father, an ornithologist and a leading early conservationist, she developed her deep love of the natural world. She spent summers at a remote camp on Lobster Lake in Maine, which was built by her maternal grandfather Thomas W. Hyde, founder of the Bath Iron Works. From her childhood time spent with the family’s guide Charlie Smith, she learned to shoot, fish, and paddle a canoe with grace.

Gifts in her name may be made to;
Greenwich Arts Council
299 Greenwich Ave.,
Greenwich, CT 06807
www.greenwicharts.org

The First Parish in Lincoln