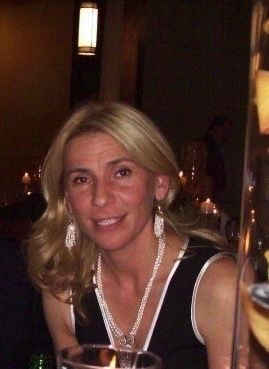 Maral Hawes, age 56, of Concord passed away on Wednesday, June 22, 2016 after an eight month battle with cancer. She passed away at Massachusetts General Hospital surrounded by her loving and devoted family. She was the beloved wife of Donald M. Hawes of Concord.

Born on July 9, 1959 she was the daughter of Alishan and Rosine Garabedian of Sudbury.

Maral moved to the United States at age 13 from Beirut, Lebanon. She graduated from Watertown High School and later graduated from Northeastern University.

Maral and Donald were married for the past 30 years, establishing their life in Concord, where they raised their two children. Family was always the center of her life. Whether it included watching her children's sporting events over the years, skiing in New Hampshire, or visiting beaches in the summer, it was evidently clear that her family was her priority. Maral had a love for cooking and was a true creator in the kitchen, for which she will be forever remembered.

Maral was a model for how to be a selfless woman, as she always put herself out for others. She was very compassionate and understanding and often referred to as a second mom to many. Maral rarely complained about anything, which held true in many instances throughout her life.

Along with her husband and her parents, she is survived by her twin children, Andrew O. Hawes and Ashley M. Hawes both of Concord. She is also survived by her brothers Ardo and Raffi Garabedian, and sister Salpi Tnkjian, as well as her extended family and friends.